Outdoor Concerts Are Allowed to Return in the UK

As long as venues maintain "a limited and socially distanced audience" 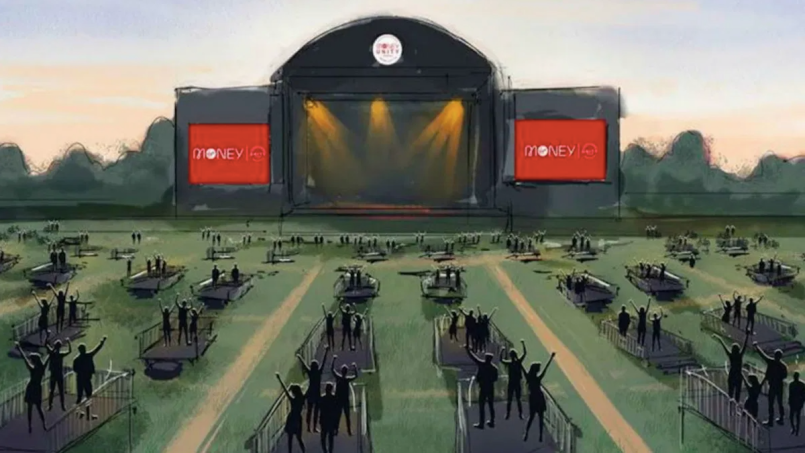 The UK has a nationalized health care system, and the US has a president who makes fun of face masks, and so it’s no surprise that England was faster at getting its coronavirus crisis under control. With new cases decreasing since mid-May, and total cases now under 30,000, the UK government is allowing outdoor concerts to resume starting this weekend — as long as venues maintain “a limited and socially distanced audience.”

As Kerrang reports, the announcement was made by Culture Secretary Oliver Dowden. He called this “an important milestone for our performing artists, who have been waiting patiently in the wings since March”. Dowden added,

“Of course we won’t see crowds flooding into their venues, but from July 11 our theatres, operas, dance and music shows can start putting on outdoor performances to socially distant audiences. That means theatregoers can experience a live play for the first time in months at places like the stunning Minack Theatre in Cornwall, and music lovers can attend Glyndebourne this summer.”

And it all returns this weekend, which means they’re not even waiting for the completion of Britain’s first socially-distanced venue. With this announcement, the UK has entered stage three of its “five-stage roadmap” for bringing back live performances. The country will also be launching a pilot program to explore safely holding indoor events, as preparation for stage four. For its part, the United States is experiencing record cases, surging hospitalizations, and rising deaths. Instead of concerts we’re stuck with Donald Trump rallies, which are actually spreading COVID-19.

The USA’s sluggish pandemic response has mobilized lots of support for the resistance, sometimes in surprising places. Axl Rose has become a vocal opponent of the Trump administration, and earlier this week he called on the Surgeon General to resign. The coronavirus crisis continues to hurt American performers, rich and poor; Robert De Niro says it’s making him broke. That economic pressure is why we’re seeing so many calls to re-open before the States are ready, such as the movie theater chains suing New Jersey to reopen and comparing themselves to churches.

Previous Story
Lady A Issues New Statement: “I Will Not Allow Lady Antebellum to… Look ‘Woke’ to Their Fans”
Next Story
Song of the Week: Kid Cudi and Eminem Get Real on “The Adventures of Moon Man & Slim Shady”
Popular
More Stories
[fu-upload-form form_layout="media" title="Submit Your Photo"][input type="hidden" name="ugc" value="1"][/fu-upload-form]