It's the final record in the Perfect Vision trilogy 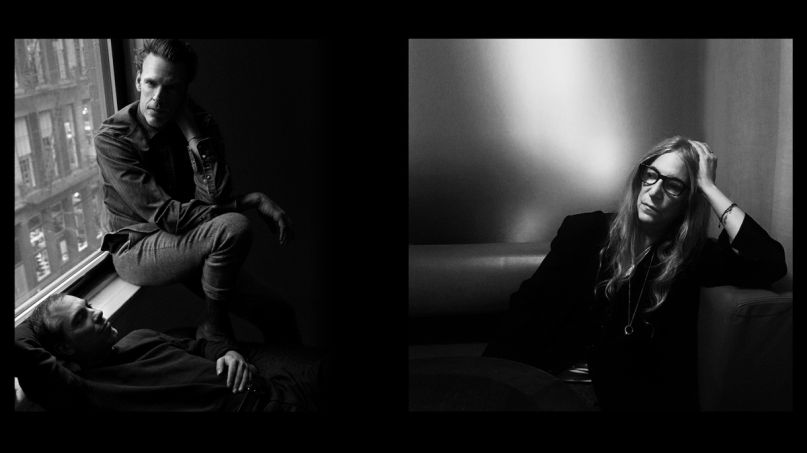 As with their previous collaborations, Peradam will be a celebration and interrogation of a past writer. Smith and Soundwalk Collective first worked together on 2016’s Killer Road, a tribute to the German poet and songwriter Nico. They followed it up in 2019 with the first two entries in the Perfect Vision trilogy: Peyote Dance, honoring Antonin Artaud, and Mummer Love, spurred on by Rimbaud. Peradam takes as its target René Daumal, the French metaphysical novelist.

Daumal’s most-famous work, Mount Analogue: A Novel of Symbolically Authentic Non-Euclidean Adventures in Mountain Climbing, compares the meaning of life to an alpine ascent. In the book, the “peradam” is a magnificent curved crystal, but it represents something of value that can only be found by looking for it. No accidents here; Daumal believed that meaning had to be intentionally pursued.

It’s unclear if the album will only reference Mount Analogue, or if Daumal’s other works such as A Night of Serious Drinking may come into play. But the title track is clearly on the path of Non-Euclidean Adventures in Mountain Climbing.

“I would not speak of the mountain,” Smith says more than once. The song is full of quotes from the book, like, “Its summit must be inaccessible, but its base accessible to human beings,” and “It must exist geographically. The gateway to the invisible must be visible.” Soundwalk Collective deploy these phrases over drums, chanting, and the sound of the wind. The backing tracks were recorded at various Himalayan mountains in India and Nepal, which lends a touch of reality to this climb up Mount Analogue. Check out “Peradam” below.

Also featuring contributions from Charlotte Gainsbourg, Anoushka Shankar, and Tenzin Choegyal, Peradam will make itself known on September 4th through Bella Union. Life’s meaning cannot be bought, but it can perhaps be pre-ordered now.