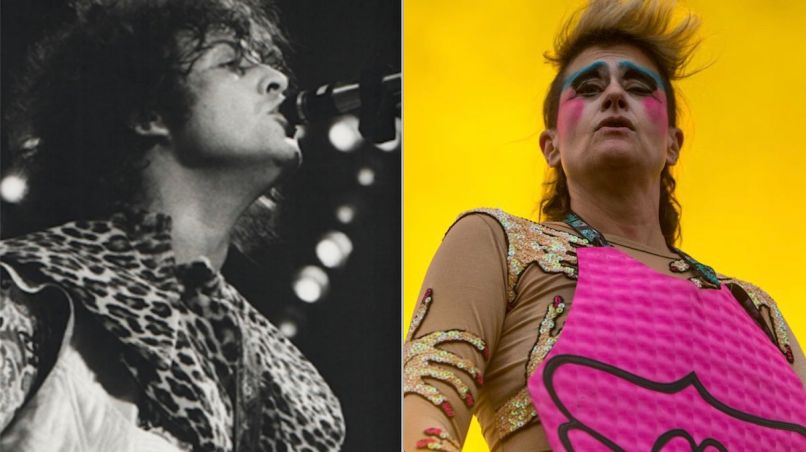 There’s a massive tribute album coming out this September that sees everyone from U2 to Father John Misty covering the music of Marc Bolan and T. Rex. The latest artist to share their contribution to the compilation is Peaches, whose cover of the 1972 T. Rex single “Solid Gold, Easy Action” is as big as it is fun.

So far, the songs we’ve heard from the tribute album, dubbed AngelHeaded Hipster, have been pretty imaginative thanks to artists like Joan Jett, Kesha, and The Sword. But Peaches puts her own unique spin on her cover while still remaining pretty faithful to the original track. According to a press release, that’s in part due to Hal Willner, the album’s producer and a longtime pal of Peaches’.

“Hal and I always wanted to work on music together and when this came up, Hal was hell-bound on getting me involved,” she said in a statement. “He came to Berlin and set me up with Budgie [of Siouxsie and the Banshees] and Knox Chandler. Then I went to New York City to mix with Hal and Marc [Urselli]. I’m grateful to have had this time with Hal and that’s mainly why this track means so much to me.”

Peaches’ cover version of “Solid Gold, Easy Action” is like an electro-pop twist on glam rock. She sings the lines exactly like Bolan would, but she introduces huge electric slaps in the background, flashes of warped guitar, and sharp yells to substitute percussion. The whole thing is incredibly on brand, and the only downside is that it goes by in the blink of an eye. Stream it below.