The closing track from her excellent Punisher album 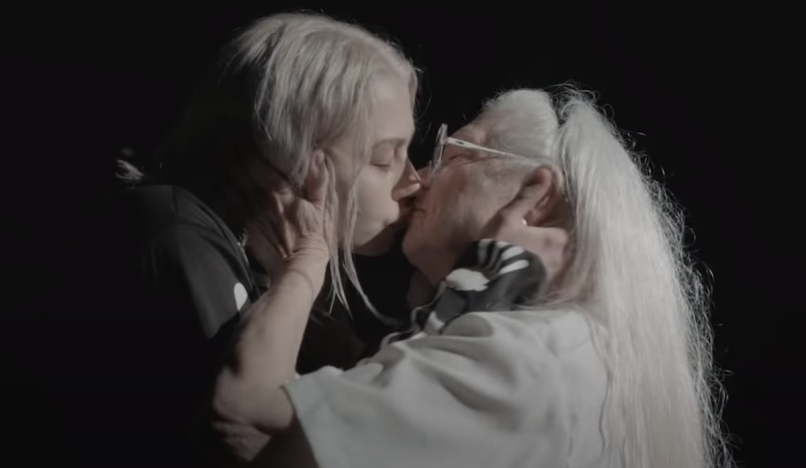 Phoebe Bridgers has conjured up a new music video from her outstanding sophomore LP Punisher. Based on the epic album closer “I Know the End”, the visuals emphasize the darkness in Bridgers’ trademark whimsy.

“I Know the End” is a musical two-for-one special; the first half is aching and folksy, while the second slowly builds into a towering apocalyptic frenzy. This frenzied urgency informs much of the Alissa Torvinen-directed video, which follows Bridgers as she navigates dark corridors, emerges from a tub of water, and discovers a locker room full of skeleton onesies, her favorite outfit as of late. The strange and spooky scenes eventually lead up to an epic finale filmed at an audience-less Memorial Coliseum in Los Angeles. It’s there that she reunites with her band and gets into a screaming match with an older woman whom she later kisses.

While the clip deals with abstract imagery, recalling the works of Wes Anderson and David Lynch, its scenes seem to be an allusion to Bridgers’ own mental health, and the heaviness, fear, and confusion that sometimes comes with tending to and confronting it.

See “I Know the End” for yourself below, and then head here to purchase a copy of Punisher. For more of Bridgers, she recently guested on Kyle Meredith With…, where she spoke about the new record, her love of true crime, and more.

Previously, she shared music videos for “Kyoto” and “Garden Song”, as well as “I See You”. Last week, Bridgers performed a karaoke-style version of “Kyoto” on Colbert. She recently released a studio recording of John Prine’s “Summer’s End”, and her supergroup boygenius shared early demos for Bandcamp Day. This upcoming Friday, July 31st, her 2019 performance at Mavis Staples’ 80th birthday celebration will be virtually streamed as part Newport Folk Festival’s “Folk on Revival Weekend”.