The band also shares a new video for "Endless" 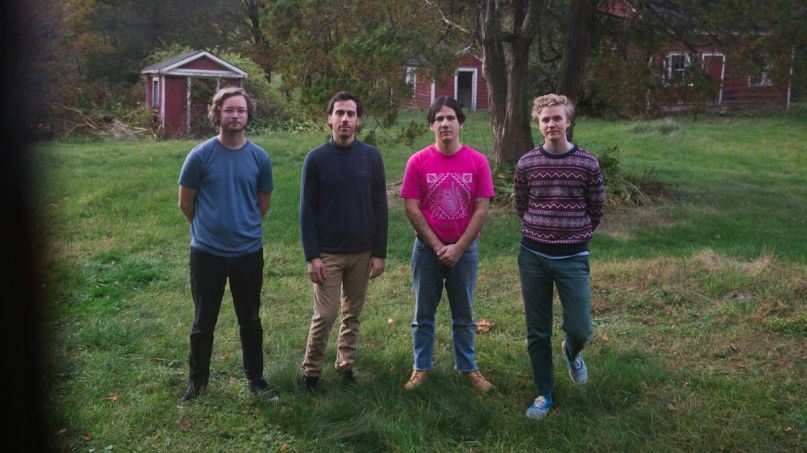 Pinegrove have released a (slightly) expanded edition of their latest album, Marigold. Stream the now-13-track effort below via Spotify and Apple Music. It’s also available via TIDAL, which is currently offering a 60-day free trial.

Released in January, Marigold served as a follow-up to 2018’s Skylight, which was recorded prior to allegations of misconduct raised against Pinegrove’s leader, Evan Stephens Hall. That made the newer release the first effort the band had recorded following an extended hiatus, during which Hall and his accuser reached a resolution via a private mediator. Here, the LP has seen the addition of two new songs: an acoustic version of “Phase” and a take on “No Drugs” recorded during the Skylight sessions.

Alongside the new tracks comes a video for the single “Endless”. The clip follows a resilient nut as it falls from is branch in fall, gets trapped under the ice of a river in winter, and eventually makes its way to a new spot in the forest as spring dawns. In a press release, Hall explained how the natural journey represents the socio-political struggles of today:

“In this video we wanted to explore tenacity & endurance of spirit. In this moment of turbulence in our country, as many of us are banding together to fight racism, to stay healthy in a pandemic, and to live with dignity through economic oppression, we believe in the power of resilience and perseverance. Keep going. It’s working.”

Watch the video below, and stream the Marigold (Expanded Edition) in full.