"Any insinuation that abortion is Black genocide is offensive and infantilizing" 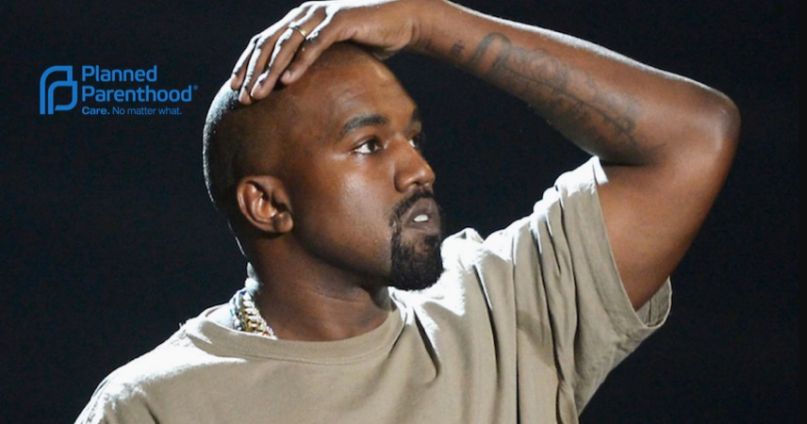 In an interview with Forbes this morning, Kanye West offered an initial glimpse at his presidential platform with a random array of policies and ideas touching on everything from healthcare to NBA expansion. Asked about his stance on abortion, Kanye responded by saying he’s pro-life and bizarrely claimed Planned Parenthood has “been placed inside cities by white supremacists to do the Devil’s work.”

Planet Parenthood has now responded to Kanye in a statement issued to TMZ. Nia Martin-Robinson, the organization’s director of Black leadership and engagement, said: “Any insinuation that abortion is Black genocide is offensive and infantilizing.”

“The real threat to Black communities’ safety, health, and lives stems from lack of access to quality, affordable health care, police violence and the criminalization of reproductive health care by anti-abortion opposition,” Robinson added. “Black women are free to make our own decisions about our bodies and pregnancies, and want and deserve to have access to the best medical care available.”

For what it’s worth, Kanye’s wife, Kim Kardashian-West, doesn’t seem to hold the same opinion as her husband regarding Planned Parenthood. As TMZ points out, after visiting with the non-profit in 2017, Kardashian called it “an amazing place that provides so much to so many!” She also chided House Republicans who sought to strip Planned Parenthood of its funding.

My sisters & I visited Planned Parenthood & learned so much! They are such an amazing place that provides so much to so many! #istandwithpp pic.twitter.com/RIoMyK7C6l