"Part of St. Anger is just throwing away the rulebook and saying, 'Why do we have to set up the drums the same just because what it has to do with metal?'" 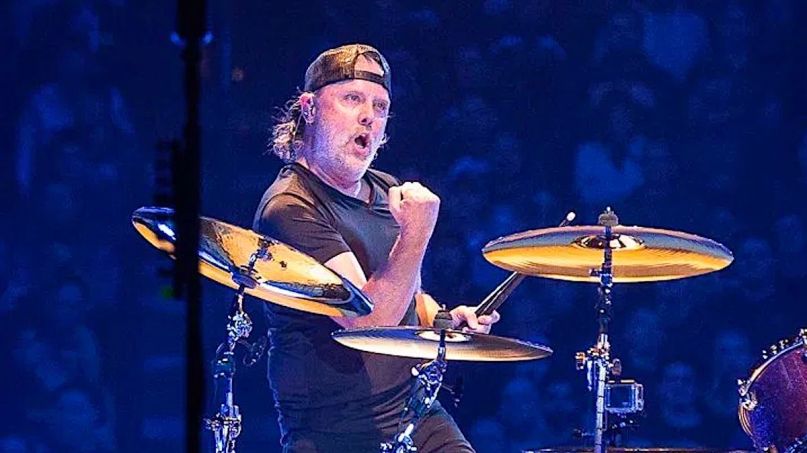 The butt of many jokes among fans and critics for years, the snare roast reached a fever pitch when one clever YouTuber replaced the snare from “Master of Puppets” with a snare sample from St. Anger, immortalizing its abrasiveness. Many other parodies followed, each replacing the snare of various songs with the way-to-tight, trebly, zero-resonance St. Anger sample.

Finally, the album’s producer Bob Rock has explained the story behind the much-maligned snare sound. Not surprisingly, he essentially diverts the blame to Ulrich, who fell in love with the sound of Rock’s Plexi Ludwig snare.

As Rock tells it, Metallica were jamming in their “clubhouse” in San Francisco, where they had previously rehearsed with late bassist Cliff Burton. Inspired by the jam-like quality of the demos — also produced by Rock — Ulrich sought to preserve that raw sound during the proper tracking of St. Anger. Ulrich had borrowed the Ludwig snare from Rock for the demos, and it remained on his drum kit during the recording of the album.

“We were looking for inspiration, let’s put it this way, because James [Hetfield] wasn’t there, so I said, ‘Pull off the drums, the double kick’ because we were fooling around with other drums,” Rock recalled to Tone Talk. “So he set up the drums in the rehearsal room, we were on our way, and Lars just kept staring at the drums. Finally, he sat behind and said, ‘Just give me a snare drum.’ I had bought a Plexi Ludwig snare because I wanted to try it, and he put it on the drum kit, and he said, ‘That’s the sound.’ And I said, ‘What?’”

He continued, “So basically, we did a demo, and I used two [Shure SM] 58s [microphones], a 58 on the kick drum and a couple of whatever simple mics were around, and we did a demo. And that was the sound, and he just would not go back. I’m not blaming him, this was about, basically, if you can wrap around a concept, this was the sound of the drums when they were rehearsing the album, it’s basically the closest to them being in that clubhouse, and no matter what everybody says, it kept the band together, and that inspired them to go on. So I’m OK with all the flak I’ve taken. It’s a f**king snare-drum sound, give it a break.”

Here’s some irony for Metallica fans to ponder: Perhaps Rock is right. Without that snare tone and the accompanying sense of nostalgia evoked by the “clubhouse sound,” would Metallica have preserved through the trials and tribulations of making St. Anger, so honestly depicted in the documentary Some Kind of Monster?

In the end, however, Rock conceded that sticking with the rehearsal drum sound probably wasn’t the best decision for the actual recordings.

“Part of St. Anger is just throwing away the rulebook and saying, ‘Why do we have to set up the drums the same just because what it has to do with metal?’” Rock said. “And so Lars and I were talking, and it’s kind of a cool thing, and we just said if you can put a great solo with Kirk [Hammett], go ahead, and it just never worked.”

Listen to Tone Talk‘s full episode with Rock below.