10 Clueless Quotes and GIFs You Totally Use All the Time 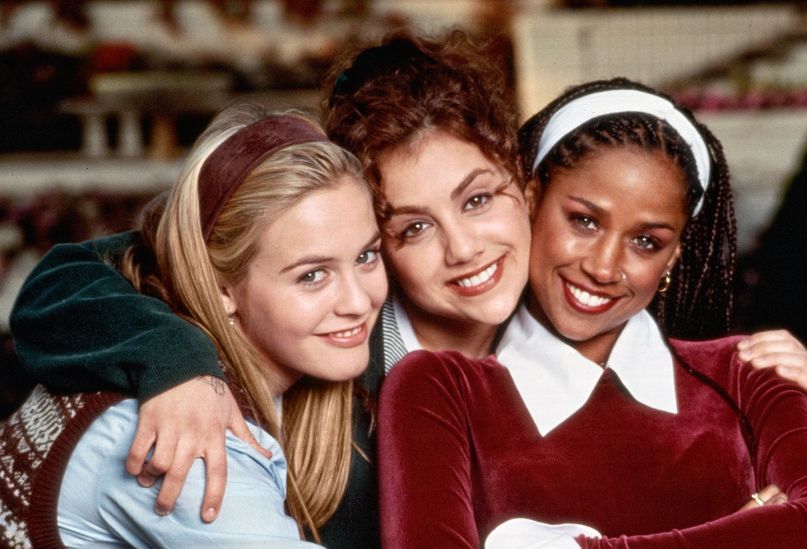 Clueless came out in theaters 25 years ago today, but that doesn’t mean you have to be totally buggin’.

The rom-com centered around a rich girl from Beverly Hills trying to navigate her life — who helps the new, totally clueless kid on the block fit in — has become a cult classic. And it only gets more and more popular with each new generation of teens.

If you’ve seen Clueless, you totally get why, too. I don’t know about you, but I still wish I had Cher’s epic closet — complete with a capable-looking outfit from Fred Segal, of course — and it never gets old watching her hilarious attempts at getting a driver’s license. Oh, and do any of us ever tire of watching a young Paul Rudd (who paved the way for many girls’ crushes on nerdy, alternative guys) poorly dance his way into her heart?

On top of a killer soundtrack and cast, it’s Amy Heckerling’s script and vision that ultimately make this film stand out and stand the test of time. It’s clever, original, and totally hilarious. Through Cher (Alicia Silverstone), Dionne, Tai (Brittany Murphy, RIP), Travis, Murray, and the rest of their rich and so, so sassy crew, Heckerling gave us some of the most iconic and comical movie quotes of all time. Quotes that I don’t know about you, but I use on a regular basis. It’s safe to say I’ve based most of my personality on this movie and my deep desire to be Cher. (I’m not alone, right?)

So, below, we’ve rounded up a few of the best lines from Clueless (and GIFs to match).

Check them out, and feel free to give us snaps!

“You’re a virgin who can’t drive!”

This cuts so deep and remains the ultimate teenage burn to this day.

“Yeah, I hope not sporadically.”

Remember when Tai was trying to learn a new word every day? Sure, she didn’t exactly get it correct here, but technically we too hope we see our crush “not sporadically.”

When Amber throws up the “w” sign and says this. It’s all about that delivery.

This might be one of the most profound things that Cher says in this movie, and it’s also totally true. You don’t want to be a full-on Monet.

Whenever someone says something a little over the line I’m always tempted to (and often do) say this in response.

“It does not say RSVP on the Statue of Liberty!”

Honestly, this one just gets me every time. I try and find a way to work it into conversation at least once a week.

“Hey, you! If anything happens to my daughter, I have a .45 and a shovel. I doubt anybody would miss you.”

Cher’s dad is an underrated character. He’s tough, but he’s got zingers. And, most importantly, he loves his daughter and would do anything for her.

“I so need lessons from you on how to be cool.”

Whether it’s directed at a sibling, or, in my case, my boyfriend, this one puts them in their place.

“Well, there goes your social life!”

When Amber had this to say, “Ms. Stoeger, my plastic surgeon doesn’t want me doing any activity where balls fly at my face,” and Dionne had the best one-liner ever.

It’s the most iconic quote in this movie, and the one we say all the time. Whether someone does something stupid or some grody dude is trying to hit on us while we’re walking down the street — we say this, and we say it loud and we say it proud: As if!