R.I.P. Alan Parker, Director of Pink Floyd’s The Wall and The Commitments Dies at 76 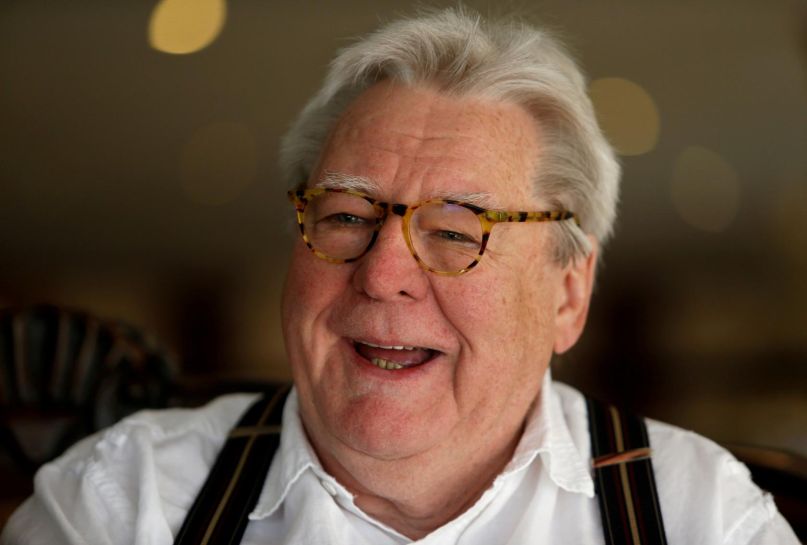 Alan Parker, Oscar-nominated British writer and filmmaker of Fame, Pink Floyd’s The Wall, The Commitments, and Midnight Express, passed away on Friday. He was 76.

The British Film Institute confirmed Parker had been battling a lengthy illness.

Born into a working-class family in Islington, North London, Parker studied science at the Dame Alice Owen’s School before ditching the institution to work in the advertising field. After working his way through several agencies as a copywriter, Parker cut his teeth and made a name for himself directing several award-winning commercials.

By the early ’70s, Parker had begun writing scripts and filming shorts. In 1973, he personally financed his first fictional film No Hard Feelings, a coarse love story against the Luftwaffe bombings of World War II that he was born in. The film went on to impress the BBC, who bought the film and aired it years later in 1976.

Prior to its airing, however, the BBC had commissioned Parker to direct another World War II story in 1975’s The Evacuees. Based on the true-life evacuation of school children from central Manchester amidst the war, the film won a BAFTA for Best TV drama, in addition to an Emmy for best International Drama.

By now, Parker had a foot in the door for Hollywood, and he immediately pivoted away from war. In 1976, he wrote and directed Bugsy Malone, a tongue-in-cheek take on early American gangster films and musicals that utilized child actors. The film earned eight British Oscar nominations (winning five) and landed two BAFTAs for a young Jodie Foster.

However, the laughter stopped two years later with 1978’s Midnight Express. Written by Oliver Stone, the sobering tale follows a young man imprisoned for five years in Turkey for drug dealing. The Giorgio Moroder-fueled drama dominated the Oscar nominations the following year, securing a Best Screenplay win for Stone and a Best Original Score for Moroder.

Two years after that, Parker returned to the Oscars with his hit 1980 musical Fame, which nabbed six nominations and won two for Best Original Score and Best Original Song. In 1982, he returned to the drama with the star-studded Shoot the Moon, only to double right back into music with the horrifying and unnerving film adaptation of Pink Floyd’s The Wall.

From there, Parker kept the musical streak alive with the Peter Gabriel-scored Birdy in 1984, which won the Grand Prix Spécial du Jury prize the following year at the Cannes Film Festival; conjured up more horror with 1987’s Robert DeNiro-led Angel Heart; and waved goodbye the ’80s with another Oscar stunner in 1988’s Mississippi Burning.

The ’90s were similarly kind to Parker, and he delivered another eclectic assembly of films. After tipping off the decade with a return to World War II in 1990’s Come See the Paradise, he cranked things to 11 the following year with the iconicbf the greatest rock ‘n’ roll movies of all time.

Midway through the ’90s, Parker stumbled with the 1994 critical flop The Road to Wellville, though he enjoyed a nice detour a year later when the Queen Elizabeth II appointed him the Commander of the Order of the British Empire. The following year he came back big with the Madonna-starring film adaptation of Andrew Lloyd Webber and Tim Rice’s 1976 concept album Evita. In 1999, he’d close out the century with a return to Ireland with his 1999 adaptation of Frank McCourt’s Angela’s Ashes.

In 2002, Parker was then knighted by the Order of the British Empire for his services to the British film industry. Although his final film was 2003’s The Life of David Gale, Parker remained heavily involved in the industry, be it through the Directors Guild of Great Britain or through various lectures at schools across the country.

Altogether, his films have won 19 BAFTA awards, 10 Golden Globes, and six Academy Awards. In addition to the aforementioned accolades, Parker received the highest honor of his career in 2013 when the British Film Academy awarded him the BAFTA Academy Fellowship. He would go on to follow up the honor by donating his own personal archives to the British Film Institute’s National Archive in 2015.

Parker is survived by his second wife, Lisa, and his five children.