Philbin was the longtime host of Live! and Who Wants to Be a Millionaire? 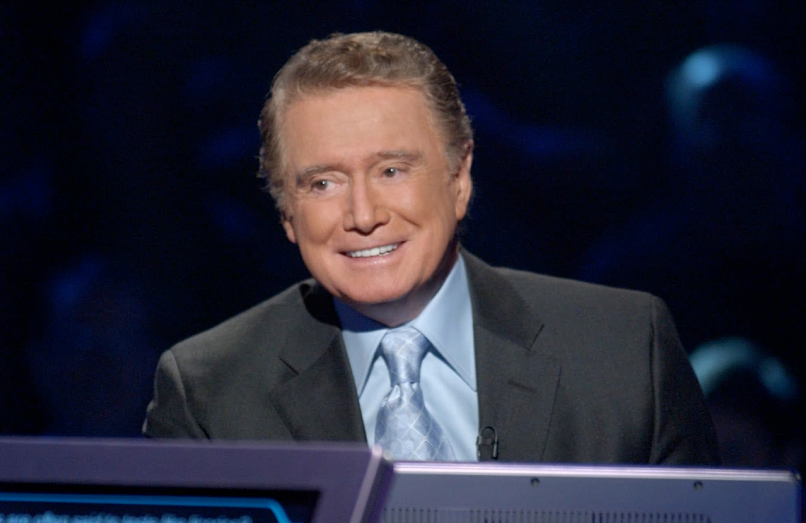 Regis Philbin, beloved television personality and game show host, has died at the age of 88

“His family and friends are forever grateful for the time we got to spend with him – for his warmth, his legendary sense of humor, and his singular ability to make every day into something worth talking about. We thank his fans and admirers for their incredible support over his 60-year career and ask for privacy as we mourn his loss,” the Philbin family said in a statement to PEOPLE.

TMZ reports that Philbin passed away after suffering from a heart attack.

A native of The Bronx, Philbin got his start in showbiz working as a page at The Tonight Show in 1955. After a stint writing for Los Angeles talk show host Tom Duggan and briefly hosting his own show in San Diego, Philbin landed a network TV gig in 1964 as the temporarily replacement of The Steve Allen Show. Three years later, he became Joey Bishop’s sidekick on The Joey Bishop Show in 1967.

Throughout the 1970s and 80s, Philbin hosted morning shows in both Los Angeles and New York City. In 1985, he was paired with Kathy Lee Johnson (later Gifford) for a nationally syndicated morning show called Live! with Regis and Kathy Lee. Philbin would co-host the program for 35 years; after Gifford left as co-host in 2000, she was replaced by Kelly Ripa.

Aside from his work on Live!, Philbin will also be remembered as the original host of Who Wants to Be a Millionaire. At the peak of its popularity in 2000, the game show drew a nightly audience of up to 30 million viewers.

Philbin was a close friend of David Letterman and frequently appeared on Letterman’s Late Show. When a guest canceled on Letterman at the last-minute, it was often Regis who would stand-in. Philbin also made cameo appearances on sitcoms including Spin City, How I Met Your Mother, Mad About You, and Seinfeld.

In terms of accolades, Philbin was a multiple time Emmy Award winner, both for his work on Live! and Who Wants to Be a Millionaire. In 2006, he was inducted into both the National Association of Broadcasters Hall of Fame and the Television Hall of Fame. In 2008, Philbin received the Lifetime Achievement Award from the Daytime Emmy Awards.