The long-out-of-print record is coming to streaming services, too 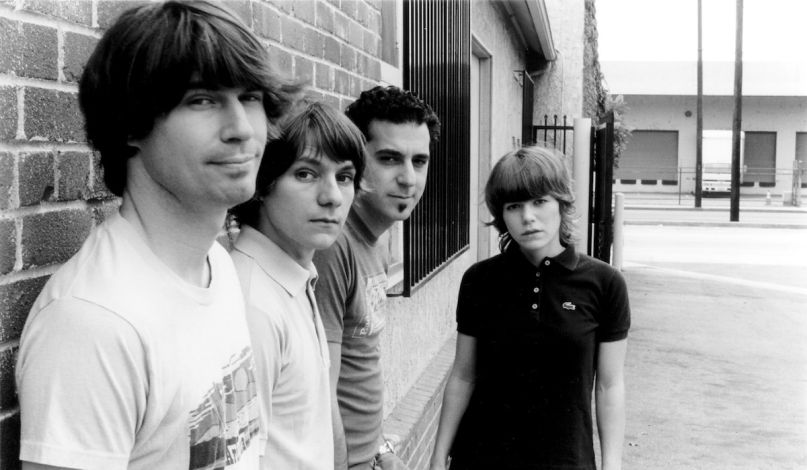 Last time we spoke to Jenny Lewis about Rilo Kiley’s 20th anniversary, she seemed a bit shocked at how much time had passed. Now, we’re feeling the same way. That’s because today, the beloved emo-goes-indie pop group have announced they’re reissuing Rilo Kiley, their self-titled debut album from 1999, on October 2nd via Little Record Company.

Rilo Kiley originally formed back in 1998 in Los Angeles as a four piece featuring Lewis, Blake Sennett, Pierre de Reeder, and Dave Rock. After writing a handful of original songs and rehearsing regularly, they booked their first show at the Silverlake venue Spaceland. As it turns out, comedian Dave Foley was in the crowd that night and fell head over heels for their music — so much so that he wound up funding the band’s very first demo session and, in turn, their debut LP.

“They were good, so good that I stopped fighting for the attention of the bartender and turned to see who it was,” said Foley in a statement. “After the set, I introduced myself and learned that this was their first public performance. I was astonished. They invited me back to their rehearsal space for Thai food and to hear some songs they didn’t have room for in the set. Dreamily, I filled my belly with noodles and my head with one great song after another. I was in a full on, pop music fan swoon. Having decided to force myself into their lives, I suggested (insisted) that I should fund a demo recording. They relented. I also tried to talk them into changing the band’s name. They were unrelenting. A lot of years have passed. I remain proud to know Rilo Kiley and grateful that I had the opportunity and ability to be of some help.”

After that initial boost, Rilo Kiley were able to record their self-titled album and make handmade copies on CD to sell at shows. While that eventually earned them a spot on Barsuk Records’ roster, it was never actually rereleased. This new reissue will change that. In a matter of months, fans will be able to own the album on vinyl or listen to it on digital streaming services.

Pre-orders for the reissue are currently ongoing. In the meantime, check out the tracklist, album artwork, and their very first music video for “Frug” below.