Although she's lived in London for decades, the two awards contests turned her away because she lacks a British passport 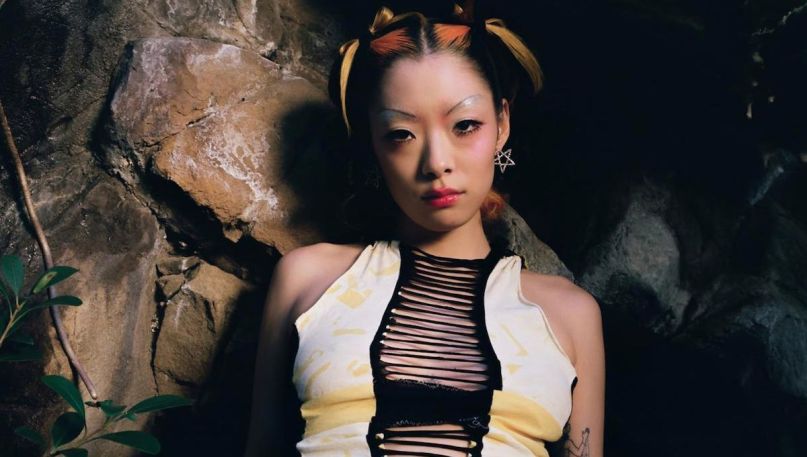 Back in April, the Japanese-British pop star Rina Sawayama released her debut album SAWAYAMA. The record immediately garnered widespread praise; Consequence of Sound named it one of 2020’s best release so far, while review aggregator site Metacritic places SAWAYAMA as the top British album of the year. Despite these accolades, the artist is ineligible to win a Mercury Prize or BRIT Award — and it’s all because of an archaic nationality requirement.

In a new interview with VICE, the 29-year-old Sawayama explained that despite having lived in London since she was a toddler, the Mercury Prize and BRIT Awards don’t consider her legally British because she lacks a British passport.

“I rarely get upset to the level where I cry,” our former Artist of the Month said. “And I cried.”

Sawayama has been residing in Britain under “indefinite leave” status for decades, which has allowed her to enjoy most citizens’ rights even without a British passport. However, in order to be eligible for a Mercury Prize, official proof of citizenship — such as a British passport — is necessary.

The rising pop artist has actually wanted to apply for the British document, but Japan is one of the few countries in the world that doesn’t allow for dual citizenship. The only way she’d be able to obtain a British passport is by forfeiting her Japanese one, something she’s been hesitant to do, especially as most of her family still resides in Japan.

Sawayama called these kinds of technicalities an example of “othering,” adding that “if arts awards are creating their own sort of version of border control around their eligibility, I think that’s really problematic.”

According to VICE, Sawayama’s label Dirty Hit Records reached out to a Mercury official to essentially appeal her ineligibility, but was given a “curt” email reply stating that the rules would not change. The response moved Sawayama to further question her identity and legitimacy as a Brit.

“You get to a level when you don’t have to worry about your nationality and your status and whether you fit into this country,” Sawayama remarked. “Things like that bring into sharp focus, like, whether I am even British.”

To her, these arbitrary rules on what it means to be “British” are preposterous, and Sawayama said she hopes that this moment can be used to reconfigure these award contests’ nationality clauses.

“What I just want is for all the awards to look into indefinite leave and change the rules to what Britishness means to them,” she commented “The concept of Britishness has been in the public discourse in the most negative way possible – it has become very, very narrow in these last five to six years. I think the arts are somewhere that they can reverse that and widen it up.”

Sawayama continued, “It’s up to the award bodies to decide what Britishness really encompasses –the very things that they celebrate, which is diversity and opportunity.”

Read the full VICE article here. For more of Sawayama’s backstory, check out our Artist of the Month feature on the emerging artist. Revisit SAWAYAMA in full below.