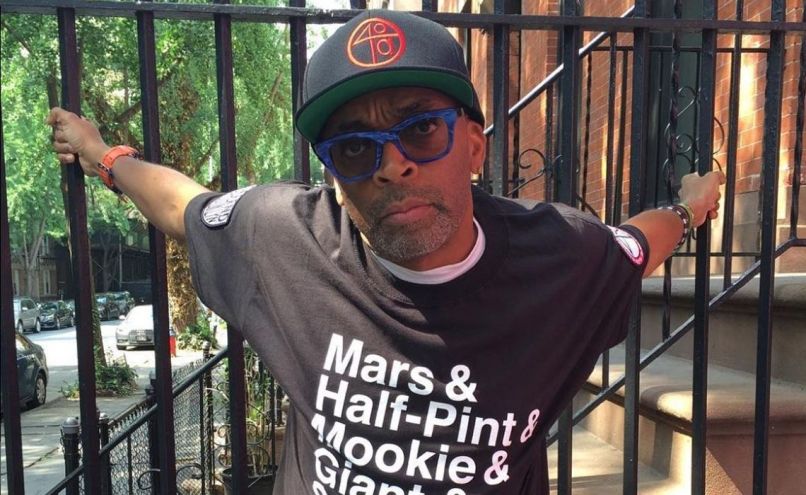 Legendary director Spike Lee thinks that problematic films like Gone With the Wind and The Birth of a Nation should still be seen — provided the viewing experience includes “historical social context.”

Lee shared his thoughts in an interview with Moonlight director Barry Jenkins. The conversation about Lee’s career and latest movie Da 5 Bloods quickly veered into a discussion on two of the most famous movies in history — both of which are also notoriously racist. 1939’s Gone With the Wind is America’s highest-grossing film ever, adjusted for inflation, but its depiction of Black people as cheerfully dumb and eternally grateful to white people was bad when it was first released and hasn’t improved since. 1915’s The Birth of a Nation was originally titled The Clansman, and it’s a more mean-spirited example of the same phenomena. For this Civil War epic, D.W. Griffith innovated many of the film techniques used today, while also glorifying the KKK, using white actors in blackface, and portraying Black men as stupid and sexually aggressive. For years, cinephiles and educators have struggled with how to talk about these historically important works.

Lee’s answer is to show the movies as part of a much broader conversation. A tenured professor at NYU Film School, he told Jenkins that, “I show The Birth of a Nation in my class. But I also give it a historical social context. I don’t just talk about the great things, the things that D.W. Griffith innovated.”

To be clear, Lee isn’t advocating some kind of laissez faire approach. In fact, he told several stories of the disservice done to him and other students by teachers who were too hands-off. Of Birth of a Nation, he said, “When they showed that film when I was at NYU, they left out the fact that at the time the Klan was dormant, and this film brought life back to the Klan which directly ended up killing Black folks. That was not taught.”

His experience with Gone With the Wind was even worse. “In fourth grade we had a class trip, they had just reissued Gone With the Wind. Myself, my other classmates, we were cringing seeing Hattie McDaniel and Butterfly McQueen.”

This is a topic Lee has discussed before. He spoke about it in greater detail during a 2018 conversation with Consequence of Sound, explaining, “The Black students did not like that film. You know, we didn’t give a fuck about Scarlett O’Hara. [Laughs] And cringed at—and no disrespect to Hattie McDaniel, who won an Academy Award, or Butterfly McQueen—the imagery. ‘I don’t know nothing about birthing babies!’ Oh, we just wanted to duck under the chair.”

He added, “So those films, Gone With the Wind and The Birth of a Nation, are very personal to me.” This may surprise some people, but if you’re familiar with Lee’s filmography, you know he’s not afraid of sitting in discomfort to make a statement. As he told Jenkins, “You’ve gotta talk about this stuff. But I don’t think [they] should be banned. That’s just my opinion.”

Check out Lee’s full interview with Jenkins below. The conversation about problematic art occurs around the 12:18 mark.

Gone with the Wind has been a topic of debate in the wake of George Floyd’s killing, and HBO Max recently pulled it and then restored it with a new historical disclaimer.

It’s clear that Spike Lee would prefer to air on the side of permissiveness and away from censorship, but that instinct has landed him in trouble before. Last month, he issued an apology for previously defending Woody Allen. When he’s not wading into culture wars, the prolific filmmaker has been busy with the film adaption of David Byrne’sAmerican Utopia, which is coming to HBO sometime later this year. He hasn’t announced his next project, but reports last year suggested he and basketball legend Ray Allen were talking about He Got Game 2. Last month, Lee spoke to AFI about his 1989 masterpiece Do the Right Thing.