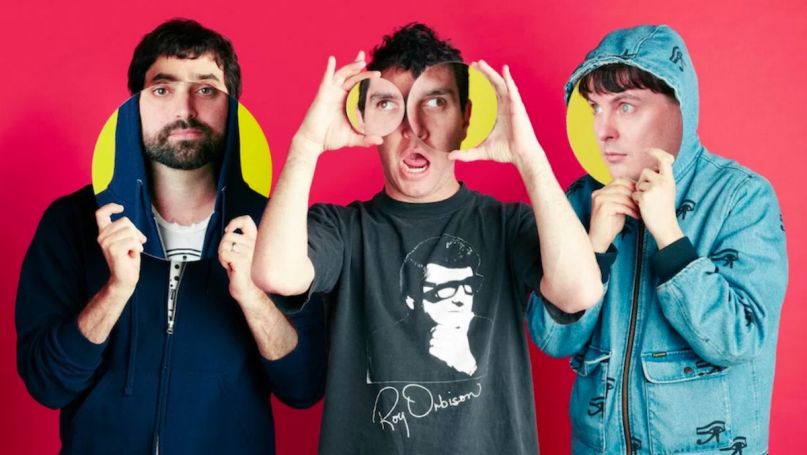 As promised in a recent newsletter to fans, Animal Collective are back today with a new EP titled Bridge to Quiet. Out via Domino Recording, the effort is streaming in full below via Bandcamp.

While the project consists only of four songs, each is quite expansive in nature. The first two tracks, “Rain in Cups” and “Piggy Knows”, are both over eight minutes long, with the former more gentle than the synthesized and buzzy latter.

“Sux-Bier Passage”, meanwhile, is a seven-minute adventure through ambiance. Closing cut “Bridge to Quiet” is the lengthiest of them all and covers plenty of musical terrain across its nearly 11-minute running time.

The EP comes as the entirety of Animal Collective’s discography finally lands on Bandcamp. The streaming platform is again waiving all its revenue shares today, and the Baltimore indie outfit has pledged to donate its proceeds to Cultural Survival, the Equal Justice Initiative, Seeding Sovereignty, Southerners on New Ground (SONG), and the Okra Project. Additionally, AnCo are making a $10,000 donation to split between those groups.

In the same newsletter announcing Bridge to Quiet, the band vowed to make several significant changes to its catalog in light of the ongoing protests against racism and police brutality.

AnCo said they’re changing the title of 2003’s Here Comes the Indian to simply Ark. “With utmost respect to Indigenous people we feel that having the word Indian in our record title sends the wrong message by objectifying the American Indian people which is not what we were intending with the music,” they explained. The group will also alter the artwork on 2006’s People EP, which features a Black nanny watching over two white children. “We understand now that using a racist stereotype at all causes more damage than an explanation can repair, and we apologize,” the statement read.