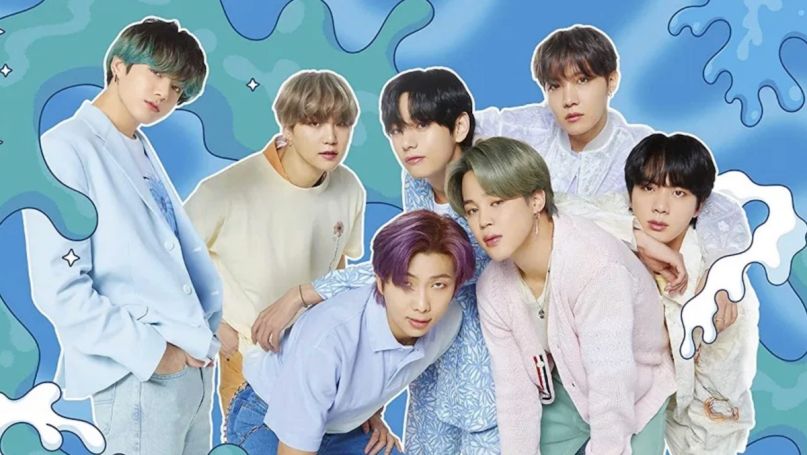 It’s another special day for the BTS ARMY, as BTS have officially released their new album, Map of the Soul : 7 ~ The Journey ~, via Big Hit Entertainment. It’s now available to stream below via Apple Music or Spotify.

This effort serves as the beloved K-pop group’s first Japanese album in over two years. Its 13 offerings expand on the tracklist of BTS’s most recent Korean-language record, Map of the Soul : 7, which dropped back in February. Included on ~ The Journey ~ are two all-new original songs, “Stay Gold” and “Rasen no Meikyuu -DNA Kagaku Sousa-“, as well as newly recorded versions of “ON”, “Black Swan”, “Make It Right”, and “Dionysus” in Japanese.

Following today’s digital release, a physical version of the new album will arrive August 7th. Limited-edition versions of the ~ The Journey ~ include a bonus video disc containing the beautifully uplifting music video for “Stay Gold” and its “making of” footage, plus other music clips. Pre-orders for these can be found here.

The seven members of BTS just participated in the Obamas’ 2020 virtual graduation event, as well as its festive afterparty. Last month, Consequence of Sound named Map of the Soul: 7 as one of our favorites albums of 2020 so far. One of our preliminary picks for the top 25 songs of the year, “Black Swan” is featured on that record.