Christine and the Queens Releases Studio Cover of The Weeknd’s “Blinding Lights”: Stream

She previously tackled the hit song live from quarantine 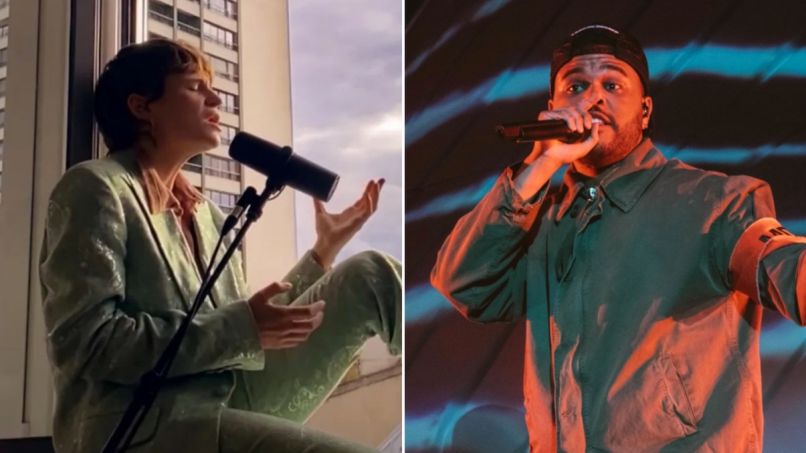 During the onset of the pandemic, Christine and the Queens used her time in quarantine to cover a number of chart-topping hits, including The Weeknd’s “Blinding Lights” and Travis Scott’s “Highest in the Room”. Today, the French synthpop artist has now officially released her rendition of “Blinding Lights” for Deezer.

Her final version of The Weeknd smash single is much like the one she performed while on lockdown. That is to say it’s an emotive yet airy rendition, Christine and the Queens’ pillowy voice gliding effortlessly no matter the heights. “Blinding Lights” could easily be one of her own originals, and this writer is crossing his fingers hoping that she and Abel Tesfaye might one day record a collaborative rendition of the track.

Stream the cover over on Deezer, where it’s part of their “Souvenirs d’été”, or “Summer Memories”, playlist.

Christine and the Queens’ “People, I’ve been sad” was recently named one of our favorite songs of 2020 so far. She just dropped a new single called “Eyes of a Child” earlier this month. The Weeknd’s After Hours, on which “Blinding Lights” appears, is currently one of our top albums of the year.

In other Deezer news, Phoebe Bridgers covered the Bright Eyes classic “First Day of My Life” for the streaming platform last month.