A portion of proceeds will benefit the ACLU 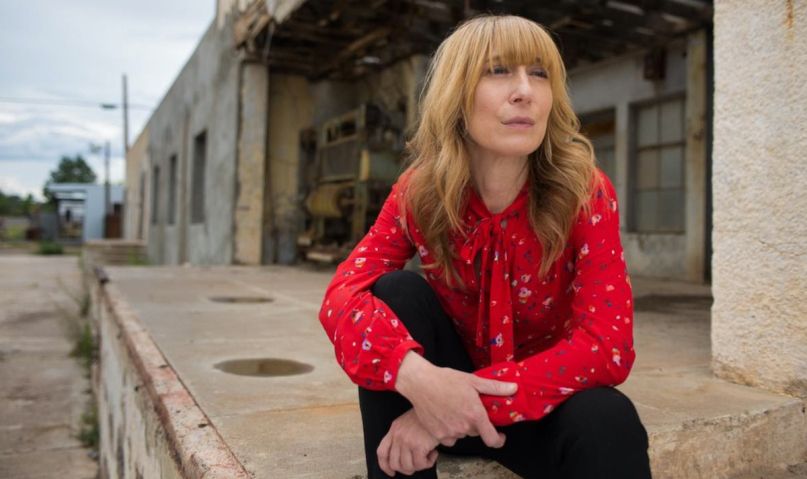 It’s been five long years, but Austin’s Heartless Bastards are finally storming back with new music. Aptly titled “Revolution”, their comeback single is streaming below, as well as over on Bandcamp.

Due out through Spaceflight Records, the bluesy and soulful offering is about the significance of self-love and how it has the power to erase forms of discrimination. “I think if people loved themselves more there wouldn’t be racism, bigotry, and classism,” lead vocalist Erika Wennerstrom explained in a statement.

“Some people are so worried that there is not enough pie to go around, and that lifting up others limits their own opportunity,” she continued. “The need to feel better than someone in order to feel good about oneself is an age old insecurity… So many struggle to get ahead because they’re afraid of getting left behind. The planet really can’t sustain everyone having more.”

“Revolution” also serves as a mantra for Wennerstrom, a “reminder to myself to avoid playing the game as much as I can. I don’t need this, and I don’t need that.” She also pointed to a quote from Dave Chapelle that helped inspire this line of thinking about society,

“Dave Chapelle said at a show years ago “Poverty is a state of mind.” That really stuck with me. I was in the Amazon several years ago, and it struck me how little people had materially, and children were running around and they all seemed so happy. Aside from the basic necessities of sustaining our lives I think giving and receiving love is really what we need the most. All the rest is just a bunch of noise.”

Bandcamp, which is waiving its share of revenue today (July 3rd), is the only platform selling “Revolution” for now. A portion of proceeds will benefit the ACLU.

For those hoping for more Heartless Bastards music, you’re in luck. According to a press release, Wennerstrom entered the studio earlier this year to begin work on a new album alongside producer Kevin Ratterman (Jim James, Strand of Oaks). The band’s last proper full-length, Restless Ones, came out in 2015.