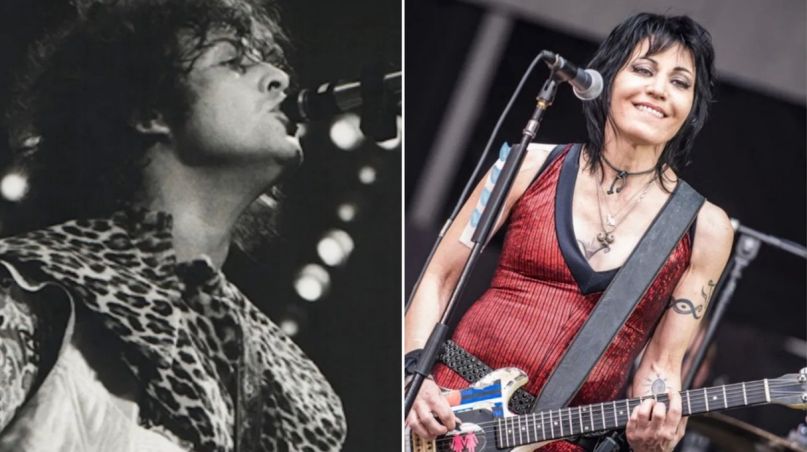 This September, the music of Marc Bolan and T. Rex will be honored with a star-studded tribute album titled AngelHeaded Hipster. The late Hal Willner produced the effort, which consists of 26 covers performed by prominent acts like U2, Elton John, Father John Misty, and Metric’s Emily Haines.

Already we’ve heard the contributions of Nick Cave (“Cosmic Dancer”) and Kesha (“Children of the Revolution”). Now, punk icon Joan Jett has shared her take on T. Rex’s “Jeepster”. Jett considered Bolan “her teenage idol”, and her rendition of the 1971 single is nothing short of a splendid homage to the T. Rex leader and glam rock legend. For the recording, the 61-year-old Jett received assistance from backing musicians Marc Ribot (guitar), Thomas “Doveman” Bartlett (piano), and Jim White (drums).

AngelHeaded Hipster is due out September 4th through BMG and is up for pre-order here. Other covers come courtesy of Devendra Banhart, Perry Farrell, Sean Lennon, and Lucinda Williams. The tribute album arrives as Bolan, who died in 1977, and the rest of T. Rex are set to be inducted into the Rock and Roll Hall of Fame later this year. As for Jett, she joined grunge rockers L7 on a new version of “Fake Friends” this past spring.