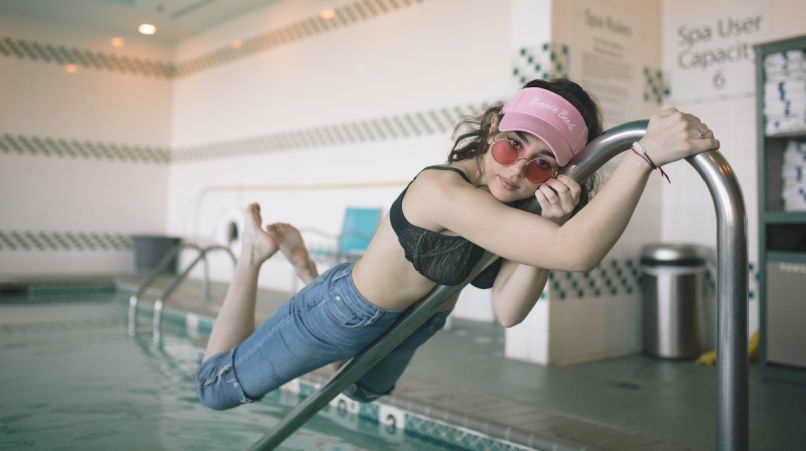 Rising indie songwriter Samia is just weeks away from dropping her debut album, The Baby. Due out through Grand Jury Music, the album has thus far been teased with singles like “Fit N Full” and “Ode of Artifice”, which was the focus of a CoS Origins feature. Today brings with it two more previews in the form of “Big Wheel” and “Stellate”.

If you’re someone that’s prone to dodging uncomfortable conversations and hard talks about feelings, “Big Wheel” is sure to resonate intensely. The offering is “about avoiding conflict at any cost,” explains Samia in a statement. “I wrote it after a few hours of laying in bed imagining hypothetical conversations with people that I was too scared to have in real life. It’s a passive confession of harbored resentments buried in a laundry list of gratitude.”

“Stellate” echoes many of the same sentiments as “Big Wheel”, while also including reflections on the shifting power dynamics of such a taut exchange — especially one held with a partner. “‘Stellate’ and ‘Big Wheel’ are both love letters to people/parts of my life I had trouble confronting conversationally,” adds the rising musician. “‘Stellate’ is a note to myself trying to make sense of old traumas and ‘Big Wheel’ is a plea to the people around me, but releasing them together feels like closing a chapter.”

Both new songs are streaming below. A video for “Big Wheel”, directed by drummer Noah Rauchwerk, is also available to watch, and it stars Samia alongside dancing 3D avatars.

The Baby officially arrives August 28th and is up for pre-order here.