Introductory This is Skoo project arrives later this month 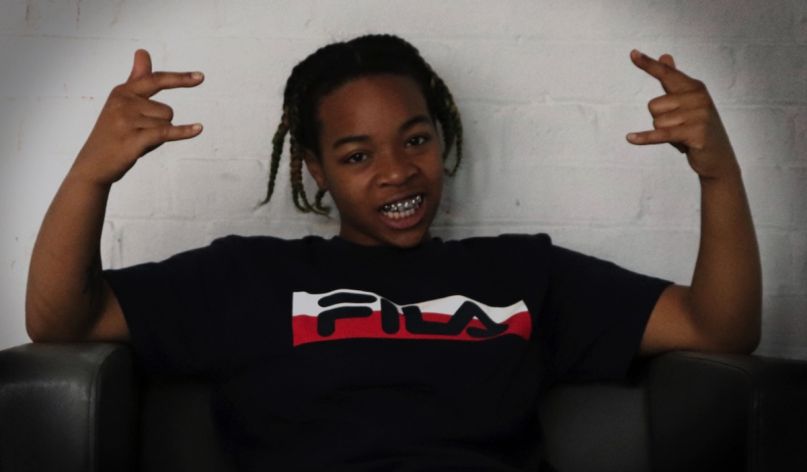 Promising young rapper Scuti only has a handful of singles to her name, but already she’s poised to become one of the hottest acts to come out of South London in recent years. In addition to piquing the interest of big-name brands like Nike and producers like Kenny Beats, the 19-year-old talent has performed at major festival Reading and Leeds, as well as a few events presented by the famed Boiler Room.

Next up for the rising star is her debut mixtape. Aptly titled This is Skoo, the introductory project is slated to arrive July 17th and is being teased today with “You Know”. As with prior previews “Huh” and first-ever release “Skoowup”, Scuti dishes out her promising flow, which is precise and pointed, yet infused with a percolating, undeniable spark. It certainly doesn’t hurt that her words are wrapped in simmering, stuttering beats, the production lending an added urgency to the whole bit.

And what exactly does Scuti direly desire? What most artists crave: success and recognition from haters and supporters alike. On “You Know”, she calls herself a “legend in the making” who is “tryna change the life we live.” She’s not just doing it for herself either; “I just want my mom to see me win,” Scuti says later on.

Hear it for yourself below via its official video. In a statement, Scuti said that “due to lockdown, we couldn’t make the big production video we had in mind,” adding, “but I had the idea of paying homage to the foundation UK Rap & Grime videos from the Channel U era that I watched as a child back in the day and got Delphino on board to do something in the spirit of those classics.”

For kicks, revisit the 2019 debut single that started it all: