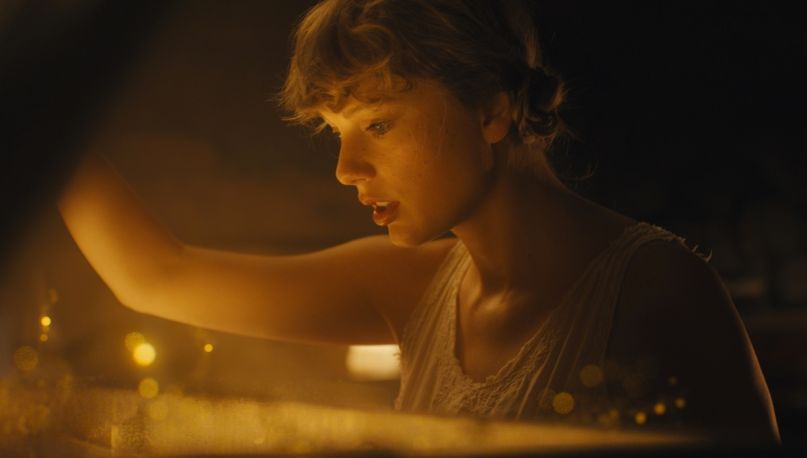 Following its announcement just hours ago, Taylor Swift has released her “surprise” new album folklore. Stream it below via Spotify. For a high-definition listening experience, you can sign up for a 60-day free trial of TIDAL HiFi.

A new music video for the track “cardigan” has also been revealed.

folklore serves as Swift’s eighth full-length overall and comes less than a year after Lover. Its 16 tracks were co-produced by Aaron Dessner of indie rock outfit The National. His bandmate and brother Bryce Dessner provided “beautiful orchestration on several songs from across the ocean,” while Bon Iver’s Justin Vernon, Lover collaborator Jack Antonoff, and William Bower also contributed in various capacities.

In a statement, Swift said that “Most of the things I had planned this summer didn’t end up happening, but there is something I hadn’t planned on that DID happen.” The 30-year-old pop star explained that she “wrote and recorded this music in isolation… with some musical heroes of mine,” and that she “poured all of my whims, dreams, fears, and musings into” the album.

Speaking about his and Swift’s creative process, Aaron said,

“I was excited and honored when Taylor approached me in late April about maybe writing some songs remotely together. I had been isolating with my family but writing a ton of music in the first months of quarantine, which I shared. I thought it would take a while for song ideas to come and I had no expectations as far as what we could accomplish remotely. But a few hours after sharing music, my phone lit up with a voice memo from Taylor of a fully written version of a song — the momentum never really stopped.”

“I’ve rarely been so inspired by someone and it’s still hard to believe this even happened — these songs came together in such a challenging time,” added Aaron. “She is one of the most talented, hardworking and deeply caring artists I’ve ever encountered. There’s a palpable humanity and warmth and raw emotion in these songs that I hope you’ll love and take comfort in as much as I do.”

Swift’s folklore marks her first album since vowing to be more politically active in the lead-up to the 2020 Presidential Election. The Grammy winner has made good on this promise so far — she’s strongly endorsed her own local Democratic leaders, donated to LGBTQ+ advocacy groups, and for the very first time, slammed Donald Trump using her very public Twitter platform. In that very concise but stinging tweet this past May, she accused Trump of “stoking the fires of white supremacy and racism” in the wake of George Floyd’s murder. For his part, POTUS has childishly responded to Swift’s insults by saying he liked her music “25 percent less.”

We are incredibly proud of the collaborative work @taylorswift13 & @aaron_dessner have created together on her new album ‘folklore’, with orchestrations from @bryce_dessner. We can’t wait for you to hear it! https://t.co/EF2fWoe6jC