Upcoming album By the Fire arrives in September 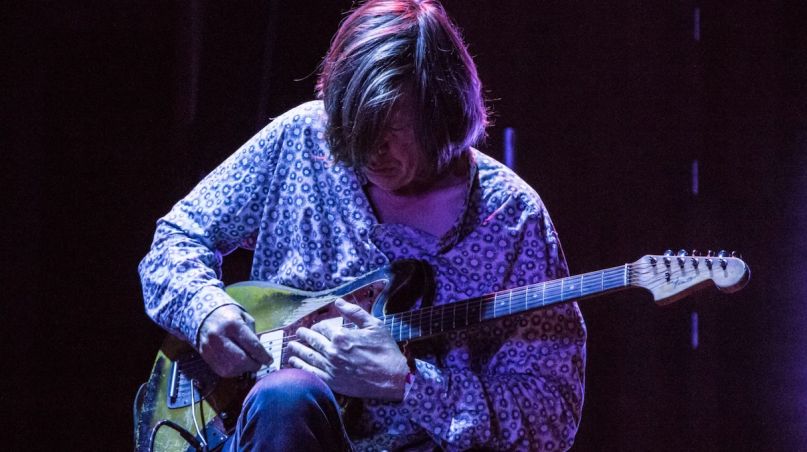 Thurston Moore returns with new album By the Fire this September. Due out through his own Daydream Library Series label, the full-length project is being today with a single called “Cantaloupe”.

Not unlike last month’s “Hashish”, today’s selection sees the Sonic Youth founder wielding his guitar to slice through foggy noise-rock. This time around, though, the haze of it all fits the subject aptly; writing on Bandcamp, Moore said “Cantaloupe” is “about the dance of romance and surrealism, where the hallucinations of wild dream come true.”

As with the rest of the record, Moore is joined here by Thurston Moore Group members Sonic Youth drummer Steve Shelley, My Bloody Valentine bassist Deb Googe, and guitarist James Sedwards, and together, they have hallucinations of “a tiny sun dancing like a raw egg”, “dripping fire music down yr back”, and “white gardenias in yr eyes.” Stream below for more fantasies.

By the Fire is officially out September 25th. In addition to this new album, Moore has been unveiling one-off singles as of late. First came “Sunday Stage” from his long-dormant Chelsea Light Moving outfit, followed by “May Daze” from the Thurston Moore Group. Moore also dropped the nine-minute instrumental “Strawberry Moon” to coincide with last month’s “penumbral eclipse”.