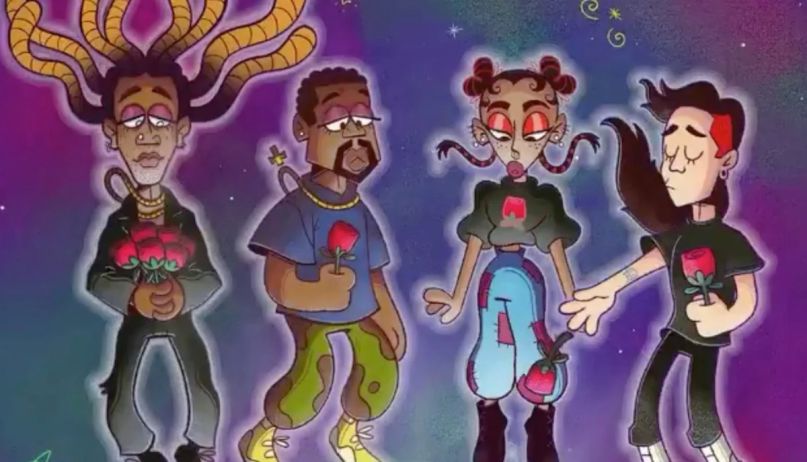 During his turn on the mic, Ty Dolla $ign speaks about the toxicity of ego and the freedom that comes with its death. “Ego death is where you find happiness,” raps the Los Angeles native.

For his part, Kanye raps abouts mass incarceration and Black voter suppression. The Chicago MC also makes references to the NFL’s history of racism and that one time he feuded with Beck over his controversial Grammys win.

“Ego Death” comes just 24 hours after the release of Kanye’s own God’s Country single “Wash Us in the Blood” featuring Travis Scott, and just days after Ye announced his new Gap fashion line and Kids See Ghosts TV show trailer. Ty Dolla $ign just participated in The Obamas’ virtual graduation event alongside Beyoncé and BTS, and he also recently collaborated with Thundercat and Jacob Collier. This new single is believed to appear on his forthcoming full-length tentatively called Dream House.