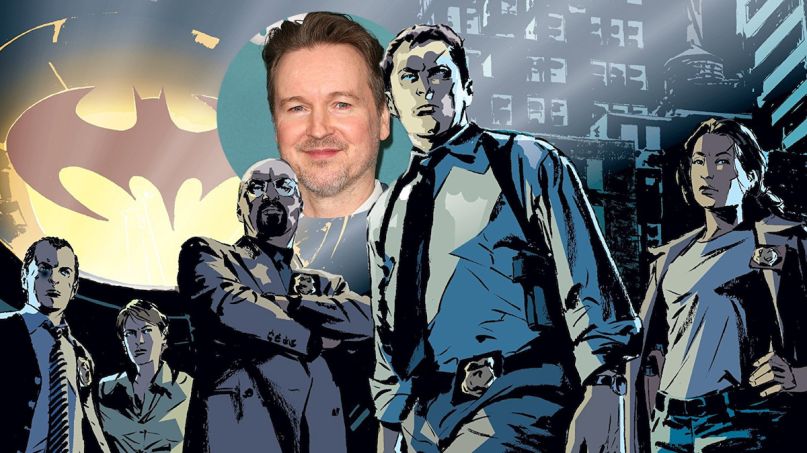 It’s long been known that the forthcoming Batman film starring Robert Pattinson is intended to launch a new trilogy. But it turns out there’s even more story to tell, as director Matt Reeves has signed on to bring a spin-off TV series to HBO Max.

The streaming service today announced it has given a series commitment to the project from Reeves, The Batman producer Dylan Clark, and Boardwalk Empire creator Terence Winter. The police procedural will be set in the universe Reeves and Pattinson establish in the upcoming film.

Winter will write the script, which will follow members of the Gotham City Police Department as they wrestle with Gotham’s colorful cast of ne’er-do-wells. A press release describes it as building “upon the motion picture’s examination of the anatomy of corruption in Gotham City, ultimately launching a new Batman universe across multiple platforms.”

No official title has been announced, though The Hollywood Reporter says sources are calling it Gotham Central; that’s the name of a similarly styled comic series from writers Ed Brubaker and Greg Rucka. It’s also worth noting that while no characters or actors from The Batman have been confirmed for the series, Jeffrey Wright does portray GCPD ace detective/commissioner James Gordon in the movie.

“This is an amazing opportunity, not only to expand the vision of the world I am creating in the film, but to explore it in the kind of depth and detail that only a longform format can afford,” said Reeves in a statement, “and getting to work with the incredibly talented Terence Winter, who has written so insightfully and powerfully about worlds of crime and corruption, is an absolute dream.”

This isn’t the first time the GCPD have had their own TV series. Fox ran the successful Gotham from 2014 to 2019, centered on a young Gordon (Benjamin McKenzie) and the origins of many of Batman’s most iconic villains. Add that to the new HBO Max show, the Batwoman series on CW (which just cast Javicia Leslie to replace Ruby Rose in the title role), Ben Affleck’s take on the Caped Crusader that exists in the Birds of Prey/Harley Quinn universe, and the impending return of original Dark Knight Michael Keaton in The Flash, and the DC Extended Universe has quite a few Bruce Waynes running around.

In addition to all that, J.J Abrams is developing a number of supernatural DC-set shows under his Bad Robot banner. That includes Justice League Dark (who have crossed paths with Batman numerous times) and, potentially, Green Lantern.