Attack the Block Is a Call to Action 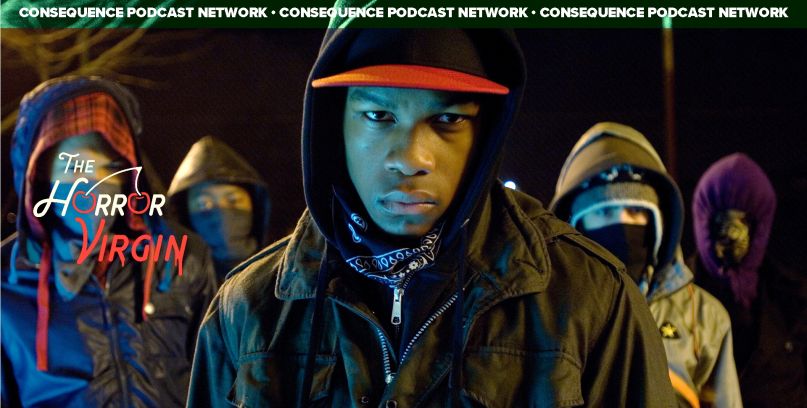 The Horror Virgin - Attack the Block

“There’s worse things out there to be scared of than us, tonight! Trust it!”

This is too much madness to explain in one pod! Something just fell from the sky and crashed into our dad’s car. Grab your super soaker, your fireworks, and your bikes as we try to defend ourselves and save the world with Attack the Block. Unless you’re stuck in a dumpster.

There’s a lot to love in this movie: the amazing cast, the creature design, and fantastic action sequences. Jenn digs into the social message and Mikey and Todd take opposing views on sibling dynamics. We love John Boyega, but we’re blown away by an up and coming duo known as Mayhem and Probs. Allow it.

—Attack the Block Ending Explained: Attack the System, One Block at a Time

—Who Gets to Be a Hero: A Look Back at Attack the Block

—A Social Message Amid Rampaging Aliens in Attack the Block

—17 Multicultural London English words and what they mean