Leslie David Baker would play Uncle Stan, who helps his nephew at his motorcycle repair/flower shop 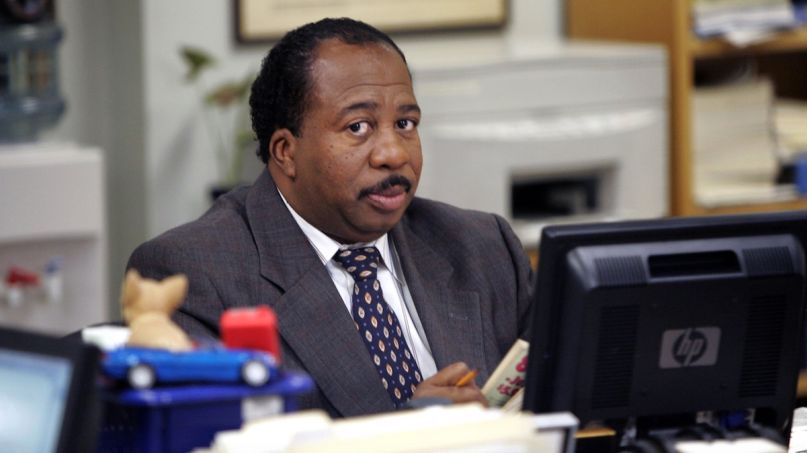 Leslie David Baker as Stanley Hudson on The Office (NBC)

It’s natural for massively successful sitcoms to try to extend the magic with spin-offs. Friends attempted it with Joey, Cheers did it with Frasier, and The Big Bang Theory kept the big bucks rolling with Young Sheldon. The Office even tried to slip in a backdoor pilot for a Dwight Schrute spin-off called The Farm, but NBC declined to pick up the series. Now it looks like another of Scranton’s finest is looking to branch out on his own, as Leslie David Baker has launched a Kickstarter to fund a series called Uncle Stan: Coming out of Retirement.

Baker played Stanley Hudson on The Office, the crossword-puzzling, grumpy, somewhat womanizing sales rep. At the end of that series, good ol’ Stanley ends retired to Florida, where he whittles wooden bird-people and (we assume) drives around in his droptop. While Baker’s proposed new show doesn’t explicitly say it would feature the same character, all the signs are there.

Uncle Stan would follow Florida retiree Stan as he relocates to Los Angeles to help his widower nephew, Lucky, with his motorcycle repair/flower shop. The no-nonsense businessman gives up his life of “woodworking and dancing to old disco” to try to turn around the failing business and cope with its wild cast of employees. All the while, Stan has to keep his “lady friend” and would-be fiancé in the dark.

So you’ve got a serious, wood-carving, lady-loving, businessman retired down in the Sunshine State? Yep, sounds like Stanley Hudson.

While it’s not clear if Baker and his partner, Sardar Khan, even have permission to use the character, they’re pushing to get funding for a pilot episode. Their Kickstarter is seeking to raise $300,000 by August 1st, though details on the production beyond a plot synopsis are pretty vague. They’re also offering a number of backer perks, including a persona video message or Zoom call from Baker, a spot as an extra on Uncle Stan, tickets to the premiere, an executive producer credit, dinner with the cast, and a walk-on speaking role.

You can head to Kickstarter to help support Uncle Stan, and watch Baker’s in-character pitch below, followed by a full synopsis.

The UNCLE STAN Show @kickstarter is now live! Link in bio! Support and share! I’m very excited to share this show with all of you! Here’s your first teaser!

“After enjoying his retirement in Florida, carving wood, enjoying the white sand beaches, and dancing to old disco, Uncle Stan (Leslie David Baker) gets a call from his nephew Lucky in Los Angeles asking for help with his two kids and running his motorcycle/flower shop. With his business failing, his kids growing up without enough attention, and on the brink of losing his patience with the cast of characters he has working in the shop, Lucky is going to need all the help he can get from no-nonsense Uncle Stan.

When Lucky picks up his uncle at LAX in a motorcycle with a sidecar laden with flowers and no room for his luggage, Uncle Stan knows that he will be in for quite the adventure and challenge. With his unique personality and business acumen that he has acquired over decades, Stan is sure to clash once or twice with the wild personalities that Lucky has working in the shop. With his lady friend and soon-to-be fiancé completely in the dark, Uncle Stan must take swift action to make sure that not only his nephew comes out on top, but that he is able to maintain some semblance of his previously comfortable lifestyle moving forward.”