The Umbrella Academy Are Back in Time and Back Trying to Save the World in Season 2 Trailer: Watch 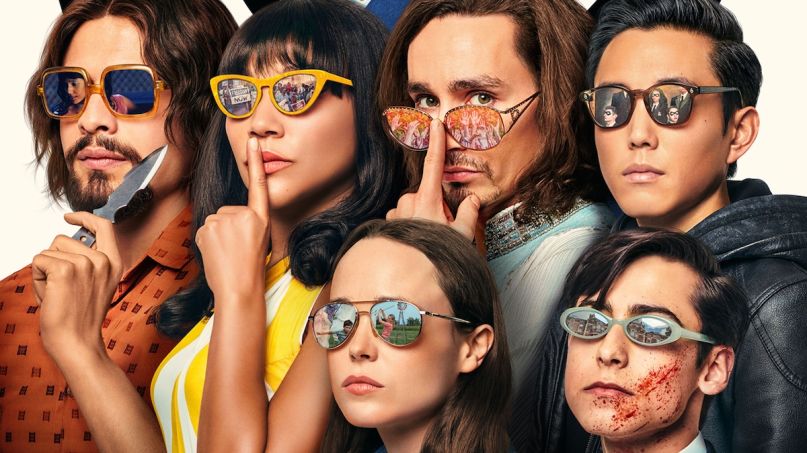 Those Hargreeves siblings just can’t win for losing. All they want to do is prevent the end of the world, but they just seem to keep catalyzing it. They may have escaped one apocalypse at the end of the first season of Netflix’s The Umbrella Academy, but as the new Season 2 trailer reveals, all they’ve done is push up the timeline — by a few decades.

Based on the second storyline from My Chemical Romance frontman Gerard Way and illustrator Gabriel Bá’s comic book series of the same name, The Umbrella Academy Season 2 picks up after the Hargreeves jumped back in time to try once more to stave off the end of the world. However, time travel for multiple bodies proves an imprecise science, and the trip ends up scattering the six living siblings and one ghost across three years of the early 1960s. Trapped and separated, Klaus (Robert Sheehan) has started a cult, Allison (Emmy Raver-Lampman) has joined the civil rights movement, Luther (Tom Hopper) is an underground fighter, Diego (David Castañeda) has gotten himself committed, and Ben (Justin H. Min) is… tangible?

Vanya (Ellen Page) and Hazel (Cameron Britton) are there too, but it’s once again up to Five (Aidan Gallagher) to rally the troops and figure out how they muffed up the timeline this time. It all seems to be connected to the assassination of John F. Kennedy, and it looks like they Hargreeves will have to reach out to some other family for help — namely dear old dad, Sir Reginald (Colm Feore). Oh, and of course the Commission is involved in all this, with a new trio of intertemporal Swedish assassins gunning for the heroes under the agency’s new leader, a literal fish-bowl-headed dude named Carmichael (yeah, comic fans, they went there).

Season 2 of The Umbrella Academy premieres on Netflix on July 31st. Watch the new trailer below, followed by an official synopsis. Update: My Chemical Romance frontman Gerard Way has released a new solo song, “Here Comes the End”, which will feature in the upcoming season.

Five warned his family (so, so many times) that using his powers to escape from Vanya’s 2019 apocalypse was risky. Well, he was right – the time jump scatters the siblings in time in and around Dallas, Texas. Over a three year period. Starting in 1960. Some, having been stuck in the past for years, have built lives and moved on, certain they’re the only ones who survived. Five is the last to land, smack dab in the middle of a nuclear doomsday, which – spoiler alert! – turns out is a result of the group’s disruption of the timeline (déjà vu, anyone?). Now the Umbrella Academy must find a way to reunite, figure out what caused doomsday, put a stop to it, and return to the present timeline to stop that other apocalypse. All while being hunted by a trio of ruthless Swedish assassins. But seriously, no pressure or anything.