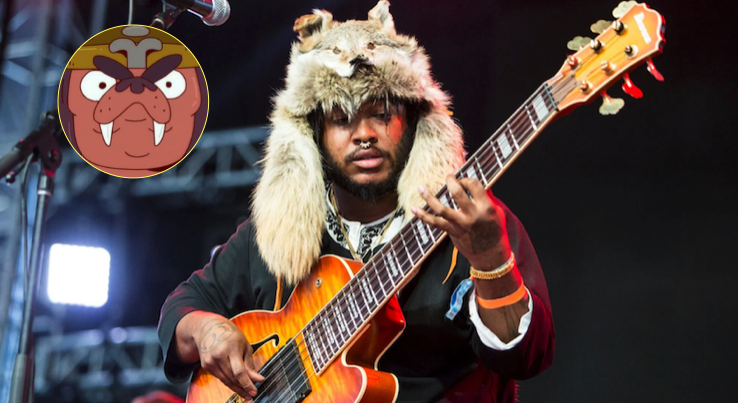 Who better to write a new song for the ThunderCats reboot than the musician named Thundercat. The funk and jazz maestro born Stephen Burner has contributed a new song called “Grune’s Tune” to Cartoon Network’s ThunderCats Roar.

As Pitchfork points out, Burner’s song is about a villainous anthropomorphic saber-toothed tiger named Grune the Destroyer, of which he also voices in the series.

During a Comic-Con@Home panel on Thursday, Burner spoke about his life-long fascination with ThunderCats and revealed his musical moniker came about because he frequently wore a ThunderCats T-Shirt in the studio, leading Erykah Badu to refer to him as “Thundercat”.

Watch the animated video for “Grune’s Tune” and the Comic-Con@Home panel below.

Back in April, Thundercat released his fourth studio album, It Is What It Is, which featured contributions from Childish Gambino, Kamasi Washington, BadBadNotGood, Steve Lacy, and more.