Buy him some peanuts and Cracker Jacks, why dontcha? 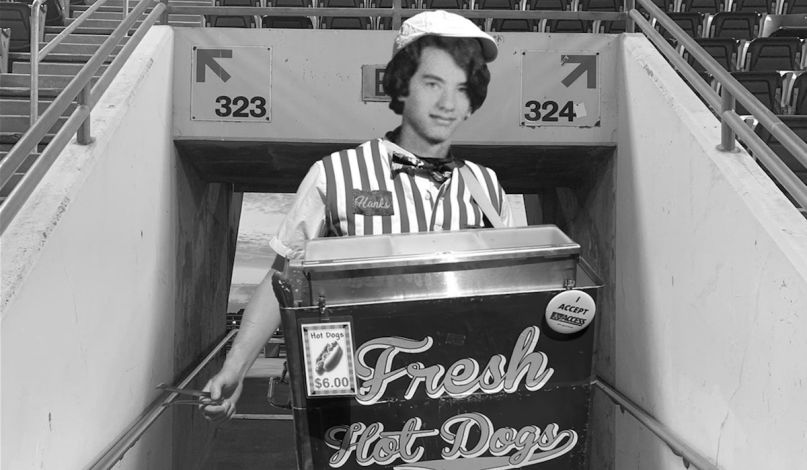 The MLB season has officially begun and that means baseball teams are going head-to-head like normal. However, to prevent the spread of COVID-19, stadiums are not allowing fans to attend games in person. Playing a game without the ambient noise of a crowd is eerie and, at times, difficult for the players, so MLB organizers have been playing pre-recorded crowd chatter from older games through baseball park speakers during games. And now, the king of summer blockbusters will be one of the voices mixed in with the crowd.

Every baseball team in the US has been using pre-recorded crowd audio at their games, but only the Oakland A’s will get Hanks as a virtual hot dog vendor. The A League of Their Own star was born and raised in the area, not to mention he once held a vendor job at the stadium as a teenager, so accepting the unique offer from the team was a no-brainer.

According to Today, the Oscar-winning actor sounds right at home hawking food and drinks in the pre-recorded audio. “Hot dogs here! Colossal hot dogs!” he shouts. “Not a ballgame without a hot dog! Who wants a hot dog?”

Earlier this year, Hanks and his wife Rita Wilson both contracted COVID-19. The two recovered safely, but they did have to put up a fight, which explains why Hanks has been so adamant in asking Americans to wear masks. Really, if America’s Dad could put up with wearing one and is now going to save our butts by helping develop a coronavirus vaccine, then yeah, the least we can do is listen. That, and buy him a bag of peanuts.