UK Cassette Sales Have Doubled in 2020

Englanders have purchased 65,000 cassette tapes, up 103% compared to the same period last year 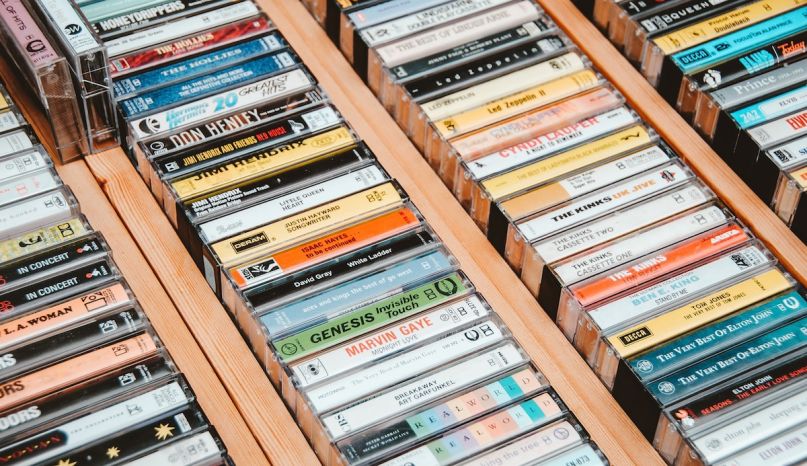 In the latest proof that younger generations are just as insufferably nostalgic as Baby Boomers, cassette tape sales are on the rise. The US market has grown by as much as 35% in recent years, with over 219,000 tapes sold in 2018. But that’s nothing compared to the surge seen in the UK, where, according to the Official Charts company, sales have more than doubled in 2020.

Cassette tapes, it should be noted, suck. It’s the second-worst audio format of the last 50 years, surpassing only the execrable 8-track, and coming in well south of the fidelity offered by CDs and vinyl. Peaking in popularity in the ’70s, ’80s, and ’90s, cassettes store material on a magnetic tape that degrades after every play and adds a hissing noise that masks tracks. As if that weren’t enough, the casing melts in the summer and cracks in the winter. Sometimes, the tape itself unspools inside of a boombox and has to be wound up like a yo-yo at the end of its string. For good reason, this technology ended up on the trash heap of history.

And yet it’s back! Perhaps, after years of Trump and Boris Johnson, the English-speaking world has learned to enjoy pain. Perhaps exposure to low-fidelity streamers, played through laptop speakers and anemic Bluetooth devices, have robbed our ears of the ability to distinguish quality. Or perhaps, in the dumpster-fire of 2020, the crackling hiss of magnetic tape is the only way some people can feel alive.

We know a little about this backwards-looking cassette tape culture, this derriere garde. Purchasers prefer pop and a bit of rock, and of the Top 20 cassette sales in the UK, most records were made by white artists. The top five is led by 5 Seconds of Summer’s CALM, followed by Lady Gaga’s Chromatica, The 1975’s Notes on a Conditional Form, Selena Gomez’s Rare, and Dua Lipa’s Future Nostalgia. Ozzy Osborne comes in at six, The Strokes take 13, and Tame Impala drops in at 17. Fittingly for such a throwback medium, some of the Top 20 bestsellers are more than a year old, including A Brief Inquiry into Online Relationships by the 1975 and Fine Line by Harry Styles. Check out the full list at Official Charts.

Whether CD, vinyl, or even (ugh) cassette, overall physical sales of music are remaining stable from year to year. That’s driven by declining CD sales as much as it is the resurgence of vinyl, and in fact last year vinyl earned more than CDs for the first time in 30 years. Physical record stores have been struggling due to the coronavirus crisis, and this year Record Store Day was delayed and split into three days.