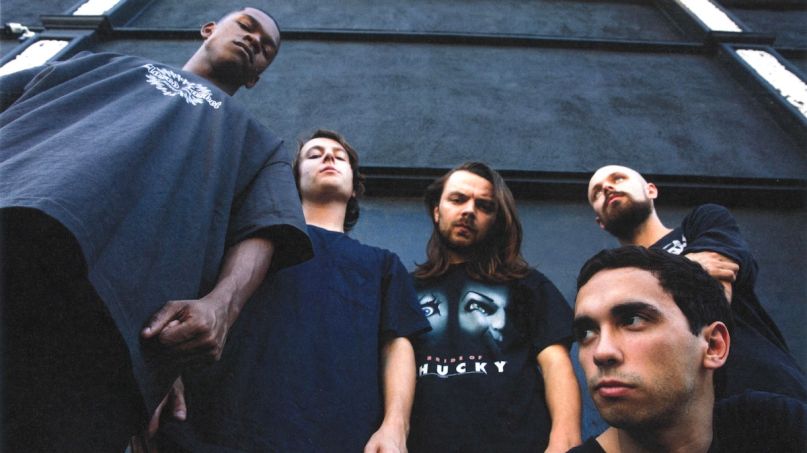 Vein, the acclaimed experimental hardcore band from Boston, have shared two big pieces of news: One is that they’ve changed their name to Vein.FM, and the other is that they’ve surprise released a new remix album called Old Data in a New Machine, Vol. 1.

No reason was given for the name change, but it could have to do with the fact that there’s a notable Colombian metal band that goes by the name Vein, as well. Both bands formed around the same time.

Vein.FM, as they are now known, are currently working on the proper follow-up to their full-length debut, Errorzone, which landed on our list of the Top 25 Metal + Hard Rock Albums of 2018. In the meantime, they’ve graced fans with the new remix LP, Old Data in a New Machine, Vol. 1.

The remix album is available now for download and on all major streaming platforms. It contains 11 tracks, including the atmospheric opening song “20 seconds 20 hours”, for which the band has shared a music video.

Watch the video for “20 seconds 20 hours” and stream the entire remix album Old Data in a New Machine, Vol. 1 below via TIDAL or Spotify. Vinyl and CD versions of the remix LP will begin shipping in September, with pre-orders available via the band’s label, Closed Casket Activities.