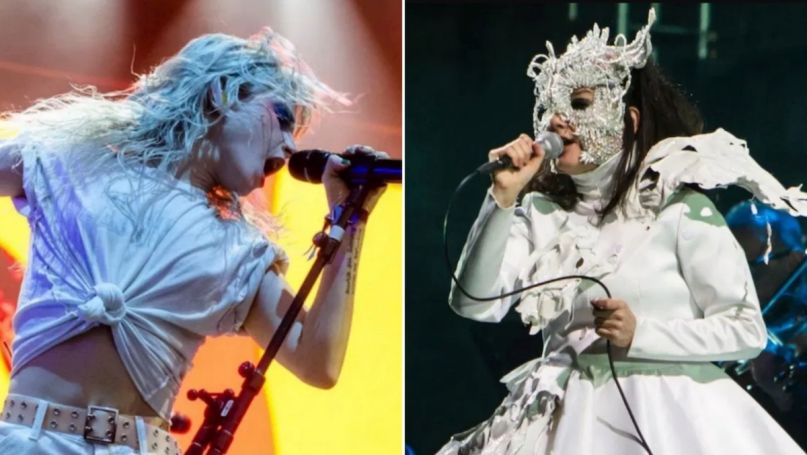 During the onset of the outbreak, Hayley Williams delivered her rendition of Phoebe Bridgers’ “Smoke Signals” from quarantine. The Paramore leader is back this week with another homemade cover, this time taking on the Icelandic queen herself, Björk.

Performing from her own couch, Williams offered up an acoustic version of “Unison”, a track off Björk’s 2001 album Vespertine. “I’d actually hoped to cover a different song of hers live this year, but I guess that will have to wait until some other time,” Williams wrote on Twitter. “anyway, this one has to be in my top 5”.

We’re curious to know what songs make up the rest of her Björk list, but we’ll settle for this magical cover in the meantime. Watch video footage below.

This past spring saw Williams release Petals for Armor, her solo debut album and one of our favorite records of the year so far; purchase that here. Björk has been occupied the last few months, too, what with her contributions to Arca’s new record and preparations for her return to the stage next month. Her entire catalog also was finally uploaded to Bandcamp.

someone asked me to do a @bjork song a while back. i’d actually hoped to cover a different song of hers live this year but i guess that will have to wait until some other time… anyway, this one has to be in my top 5 – “Unison”. apologies for the crudely casual rendition. gnite! pic.twitter.com/fUDMUeOwR0

IT WAS ME I ASKED OMG THANK YOU I LOVE IT UNISON OMG VESPERTINE RIGHTS pic.twitter.com/MCTE5s6x9x