In honor of the beloved film's 10th anniversary 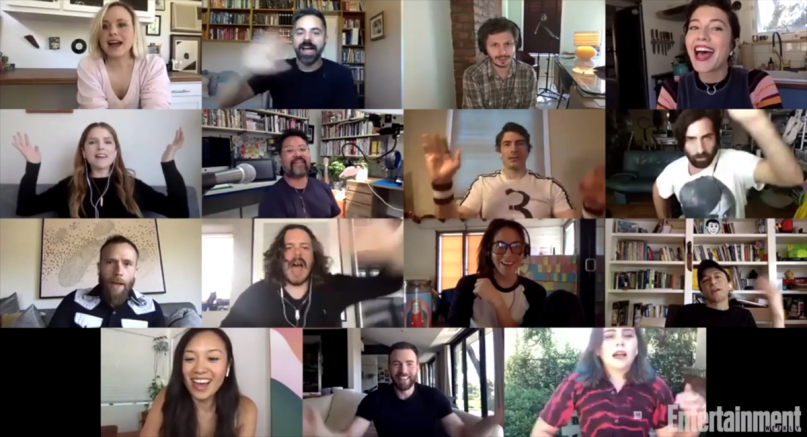 To this day, Edgar Wright’s 2010 flick Scott Pilgrim vs. the World remains an essential entry in the millennial film canon. As promised, in celebration of its 10-year anniversary, the cast, crew, and Wright himself virtually reunited for a live reading of the entire script.

“It’s been ten years since we released this movie and clearly we’re all exactly the same and the world hasn’t changed a bit either,” Wright joked during an introductory segment, before announcing each one of the present cast members and getting into the reading itself.

Significant components of the film were its comic-book-style special effects and cartoonish video game animation, which obviously weren’t visible in a script reading over Zoom. However, the whole gang seemed so legitimately excited to see one another during the reunion, they were still able to effectively translate most of the movie’s laughs and quirky charms.

Another big part of 2010’s Scott Pilgrim was its soundtrack, which was also spliced in throughout the live reading over footage of black and white panels from the original comic book. It felt sort of like a behind-the scenes-feature in that way, and should please the movie’s widespread cult fanbase.

More than just a fun reunion, the digital event also doubled as a fundraiser for the non-profit Water for People, an organization that helps bring clean water and sanitation to communities in need. The Scott Pilgrim crew offered a statement of gratitude to their beloved fans and encouraged folks to donate, saying,

“Thank you, ‘Scott Pilgrim’ fans! Without you, there would be no ten-year anniversary celebration. And then we wouldn’t be able to bring you Scott Pilgrim Vs the World Water Crisis, brought to you not-at-all-live from the comfort of our homes during a global pandemic quarantine shut-down. This is definitely how we imagined marking this birthday. We know it’s been a challenging time. But it’s also a time when the generosity of individuals and communities has been stunning. I hope you’ll give what you can to a wonderful group helping save lives, build businesses, and creating lasting change all over the world.”

Check out the full hour-and-a-half long broadcast over at Entertainment Weekly. Then head here to purchase a copy of Scott Pilgrim vs. the World for yourself.

In further celebration, Dolby Cinema is giving Scott Pilgrim vs. the World a 10th anniversary theatrical re-release in the near future. In a recent interview with EW, Wright also hinted at the possibility of the cast reuniting for an animated version of Scott Pilgrim sometime down the line. “There’s some plans — and there’s nothing official yet — but there are some plans to revisit the material in an animation way,” Wright told EW. “We’ve been talking with Bryan and with Jared for a while [about]: What if we did something with the books in anime form? It’s being discussed as we speak.”