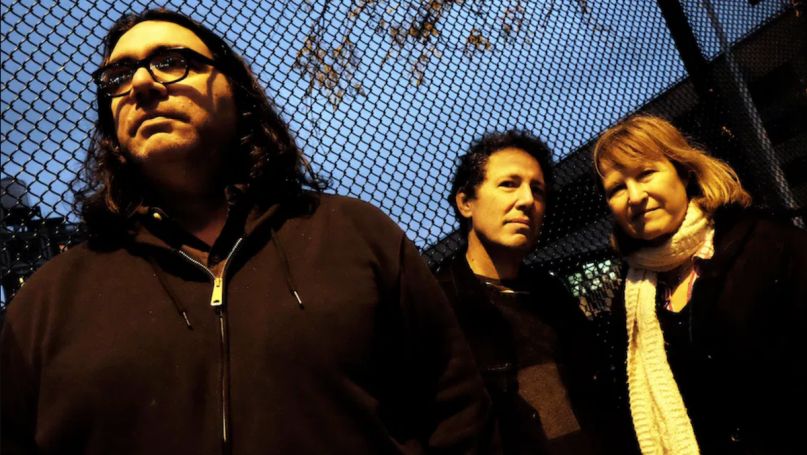 At the start of the week, Yo La Tengo popped up on Bandcamp with an instrumental track called “James and Ira demonstrate mysticism and some confusion holds”. A new jam appeared each following day, and it’s all culminated today with the reveal of a full five-song EP called We Have Amnesia Sometimes. Stream it below.

The collection stems from a series of sessions that saw the trio “playing formlessly” in late April and early May. Yo La Tengo had escaped to their Hoboken, New Jersey rehearsal space to “push away the outside world” while safely social distancing. As Ira Kaplan explains in a press release,

“In late April, with the outside world weighing on everybody, we determined that the three of us could assemble in Hoboken without disobeying the rules laid out by Governor Murphy, and resumed… ‘practicing’ hardly describes it, because we’ve done no practicing per se, and anyway what would we be practicing for.. playing. James set up one microphone in the middle of the room in case we stumbled on something useful for the future. Instead we decided to release some of the things we did right now.”

Originally released only on Bandcamp, We Have Amnesia Sometimes is now available on all DSPs; that includes TIDAL, where you can sign up for a free 60-day trial of TIDAL HiFi to listen to the EP in the highest available audio quality. A vinyl edition will be sold exclusively on Bandcamp via Egon, and pre-orders are currently live. For now, listen to the whole thing below.

In addition, Yo La Tengo have announced a pair of livestream concerts for this weekend dubbed “We Have Amnesia Live”. Taking place Saturday, July 18th at 9:00 p.m. ET and Sunday, July 19th at 1:00 p.m. ET, the ticketed shows will find the band performing in the same “formless” style as the EP. Proceeds benefit the Brennan Center for Justice policy institute to aid in their fight for fair elections, an end to mass incarceration, and the protection of civil liberties. Tickets to the streams, which will be 30-45 minutes long, are $10 each and available here.

We Have Amnesia Sometimes is YLT’s first new music since releasing 2018’s There’s a Riot Going On. Later this year on September 4th, they’ll reissue 1995’s Electr-O-Pura for its 25th anniversary.