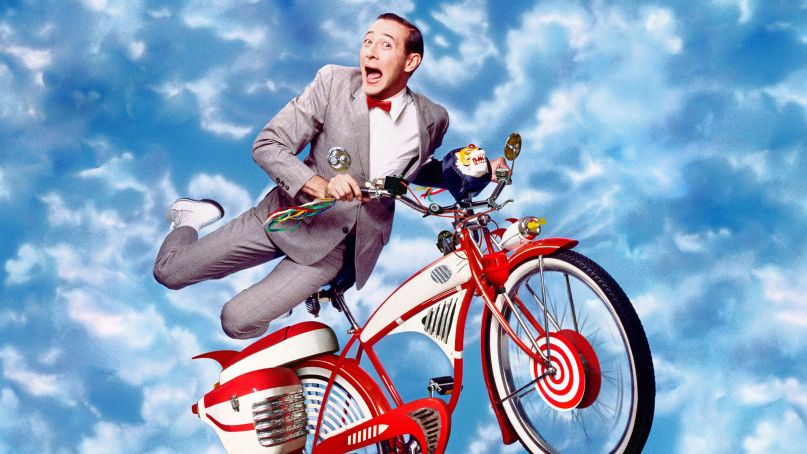 Nobody quite knew what they were getting when Pee-wee’s Big Adventure came out this day in 1985. Tim Burton was still an unknown, Danny Elfman was essentially a first-time film composer, and Paul Reubens’ now-iconic 98-pound manchild had never carried a movie before. Reubens even admits that he and his co-writers, Phil Hartman and Michael Varhol, wrote the script beat-for-beat from Syd Field’s how-to book, Screenplay. Critics were split, fans loved it, and Pee-wee Herman became the most unlikely action star of the ’80s. Beyond achieving cult status and a permanent place in moviegoers’ hearts, Pee-wee’s Big Adventure has also turned into one of the most quotable movies of its time … we love that story.

In that spirit, we’re slipping into our tight, gray suits, straightening our red bow ties, and revisiting 10 of the many quotes from this movie that have worked their way into our daily lives.

Basically, we love them so much, we might just marry them.

“I don’t make monkeys. I just train them.”

“What exactly leads you to believe the Soviets were involved?”

“Go ahead, scream your head off! We’re miles from where anyone can hear you!”

“Is there something you could share with the rest of us, Amazing Larry?”

“Why don’t you take a picture? It’ll last longer.”

“Be sure and tell ’em Large Marge sent you.”

“Everyone I know has a big but. Let’s talk about your big but.”

Editor’s Note: Stay safe while out on your own bike by picking up one of our custom face masks. A portion of the proceeds will benefit MusiCares’ COVID-19 Artist Relief fund supporting independent musicians. And, yes, we promise that you’ll love your mask so much you’ll want to marry it.