Celebrate 45 years of absolute pleasure with these parodies, allusions, and homages 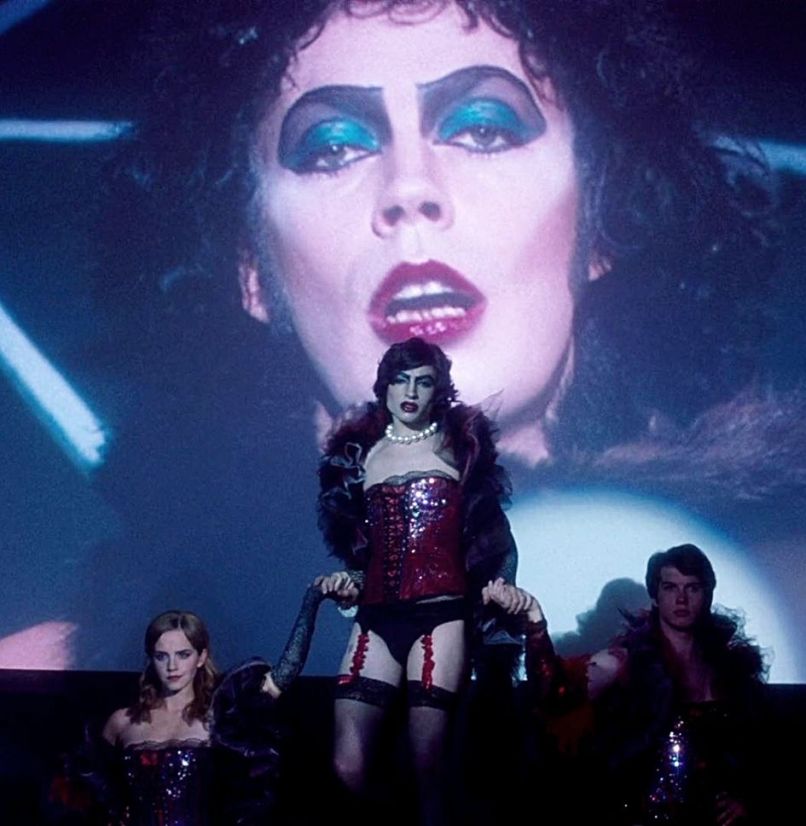 The Perks of Being a Wallflower (Summit)

The Rocky Horror Picture Show gets tagged as a “cult” movie whenever it’s mentioned. After 45 years, though, it might be time to retire that adjective when talking about Richard O’Brien’s science-fiction rock ‘n’ roll parody turned ultimate midnight movie. While it may not be everyone’s cup of fishnets, when Fox broadcasts a remake in prime time and programs from The Simpsons to Sesame Street have dropped allusions to Brad (“Asshole!”) and Janet’s (“Slut!”) salacious sleepover at Dr. Frank-N-Furter’s castle, it’s safe to say that Rocky has officially gone mainstream.

If you still haven’t popped your cherry (“Virgin!”), be sure to grab your fishnets, tighty-whities, or six-inch high heels, and celebrate 45 years of absolute pleasure by checking out these 10 times The Rocky Horror Picture Show totally crashed pop culture.