13 People Killed During Stampede at Illegal Nightclub Party in Peru

Police conducted a raid on the venue, which was in violation of Peru's lockdown restrictions 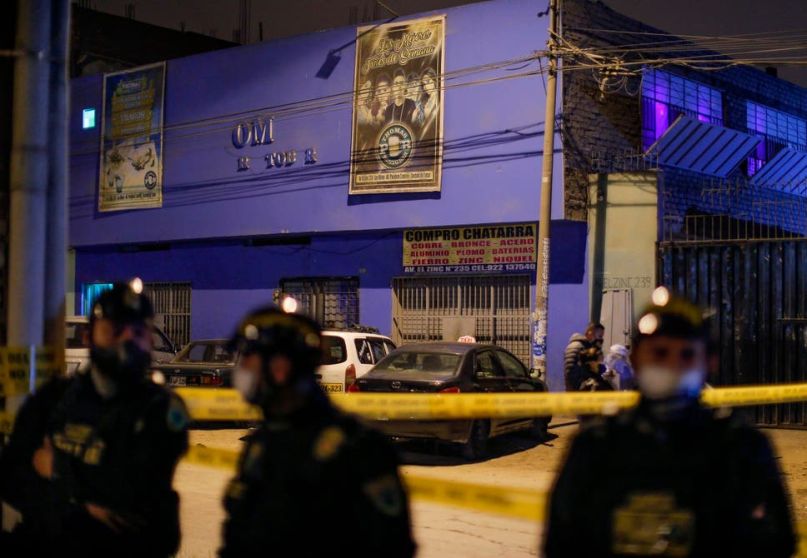 Peru nightclub where 13 people were killed during stampede, photo via Getty

At least 13 people were killed and six others injured in a stampede at an illegal nightclub party in Lima, Peru on Saturday, as partygoers attempted to escape a police raid on the venue, according to CNN.

Mass gatherings are currently prohibited in Peru because of the coronavirus pandemic. After receiving reports from nearby residents, police conducted a raid on Thomas Restobar at around 9:00 p.m. local time. Approximately 120 people were in attendance at the time, and they rushed to escape through a single door located on the ground level.

Peru’s Ministry of the Interior said police did not use “any type of weapon or tear gas to clear the premises.” Instead, they said the deaths and injuries occurred when people attempted to flee the second floor of the venue and were trampled on the stairs.

Police subsequently arrested 23 people and have launched a criminal investigation into the owner of the nightclub. Of those arrested, 15 of the individuals have since tested positive for coronavirus.