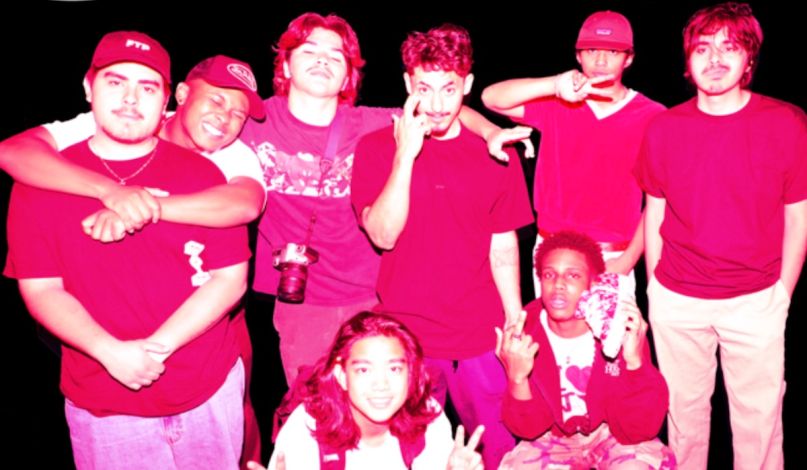 Ever since Baby Boy, Loui, Mick Antony, and Jody Fontaine formed AG Club and released their debut album Halfway Off the Porch earlier this year, the alternative hip-hop group has been quietly drumming up some underground buzz. Now, they’re gearing up for a proper breakthrough with “Memphis (Pt. 2)”, their new song featuring NLE Choppa and A$AP Ferg.

“Memphis (Pt. 2)” is from AG Club’s forthcoming sophomore album, FYE, which is due out later this year. Apparently the group decided to reach out to a few of their favorite rappers to see if they were interested in collaborating on new music, but weren’t totally sure if anyone would be down. Needless to say, the group was over the moon when they found out both NLE Choppa and A$AP Ferb were game to jump on this single.

“We had to get Choppa on the remix. When he said he wanted to, we went CRAZY!” said AG Club in a press release. “Then Ferg heard the song and wanted to jump on it. Like wtf! AG Club, NLE Choppa, A$AP Ferg. That’s manieeee.”

For those who are unfamiliar, AG Club’s moniker is shorthand for Avant-Garde Club, and “Memphis (Pt. 2)” sees them make good on that name. Each person sounds like a close-knit pal on the song, taking turns spitting out verses with the type of low-key familiarity that gives artists space to come up with excellent lines on the fly. Meanwhile, the beat warps in strange ways in the background. Stream it below.