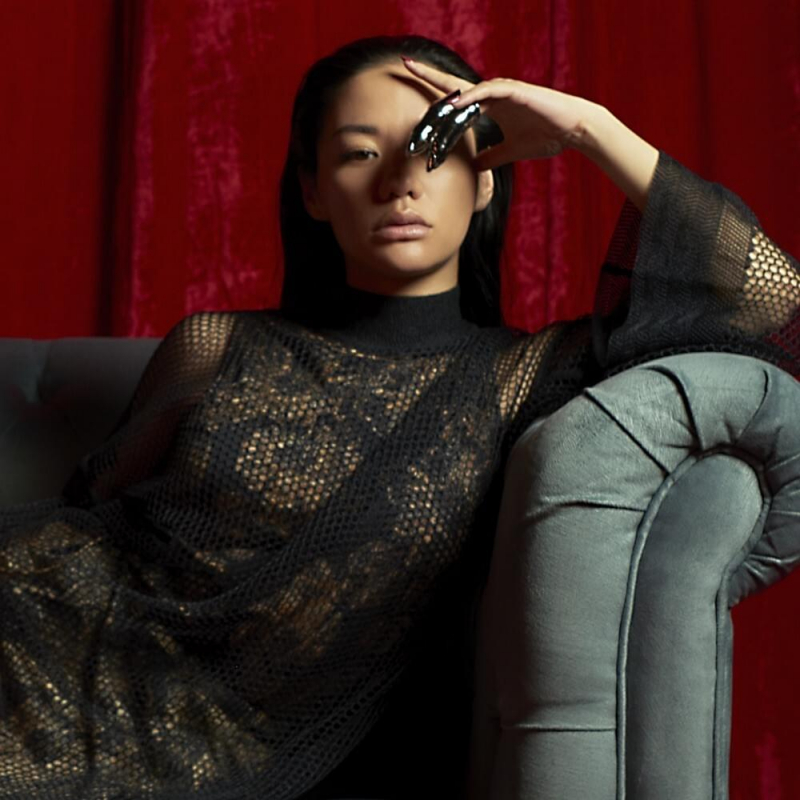 The Lowdown: Trying to sum up the complex existence of Japanese rapper Awich is a losing game, but here are some basics: Born Akiko Urasaki, her moniker is short for “Asia Wish Child,” and she grew up on an island off mainland Japan called Okinawa. There, she grew up observing Okinawa both struggle for independence from Japan and the removal of American marine bases. It’s also where she fell in love with hip-hop — and learned English — with the help of Tupac’s All Eyes on Me. Entranced by the record and its depiction of struggle, she quickly began making music herself at age thirteen.

Now in her 30s, Awich has no shortage of lived experiences to pull from for inspiration. In the years since, she moved to the US for college, got married, and had a child with an American man — who was then murdered right after her graduation. After returning home with her daughter, she now runs a branding company called Cipher City that works to bring Okinawan products abroad and is an “activist on the low” according to a Vogue interview. All that being said, it makes sense that her music is a cacophony of influences, languages, and genres. It’s chaotic in a glorious, overwhelmingly intense kind of way and never makes for boring listening. After a number of EPs and full-length albums, Partition is her first via Universal.

The Good: Partition opens with a slow, eerie siren, followed by a beat that resembles a ticking timer: It’s a warning, a sign that you’re about to bear witness to Awich’s imminent domination. When you finally hear her slurred, sultry, and unabashedly confident voice ring out, it commands your entire being. At just under two minutes, the first track, “Sign”, is equal parts taunting and dauntless: “A W I C H, look at me/ I’m happening,” she almost purrs. After just the first song, you’re completely captivated.

Her stronghold remains steady on the second cut, “Shook Shook”. Produced by Chaki Zulu, the track rips open with “Bow down on your knees” and showcases Awich rapping relentlessly with an ominous church-like chorus wailing underneath her vocals. It’s here that she really shines, interweaving both Japanese and English, completely in control, being braggadocios about her resolve and talent.

The Bad: Awich has a tendency to roam into corny territory. On Partition, this is most notable on the fifth and sixth tracks, where the rapper loses some of her abrasiveness and levels up some cheesy lyrics. “Love is the answer/ Maybe we are the cancer,” she sings on “Awake”, a line that bears similarity to the mock-tweets that joke “the Earth is healing; we are the disease.” This flaw isn’t reserved for just this EP either. On her full-length album released earlier this year, she raps, “Wax on, wax off/ Mask on, mask off/ Heavy karma twelve folds/ Wear the bitch like Kimono.” Both of these bouts of cringe happen to be exacerbated by quieted production, which serve to highlight the less-than groundbreaking lyrics. Luckily, these songs are still buoyed by Awich’s unshakable presence and confidence.

The Verdict: Partition is by no means Awich’s first EP, and she does have multiple full-lengths to her name. However, it’s the first record where she seems to really step into herself, unleashing her entire being into the music. You won’t find her holding back the way she sometimes did on her previous works. These songs are bold and commanding and presented with an inescapable outpouring of confidence. She nails her signature slurry delivery while also managing to make her points extremely clear. Although it wavers a bit in the middle, Partition feels like an entry point for Awich; she is unmistakably one to watch.