Erasure’s The Neon Offers a Break from Hard Times: Review 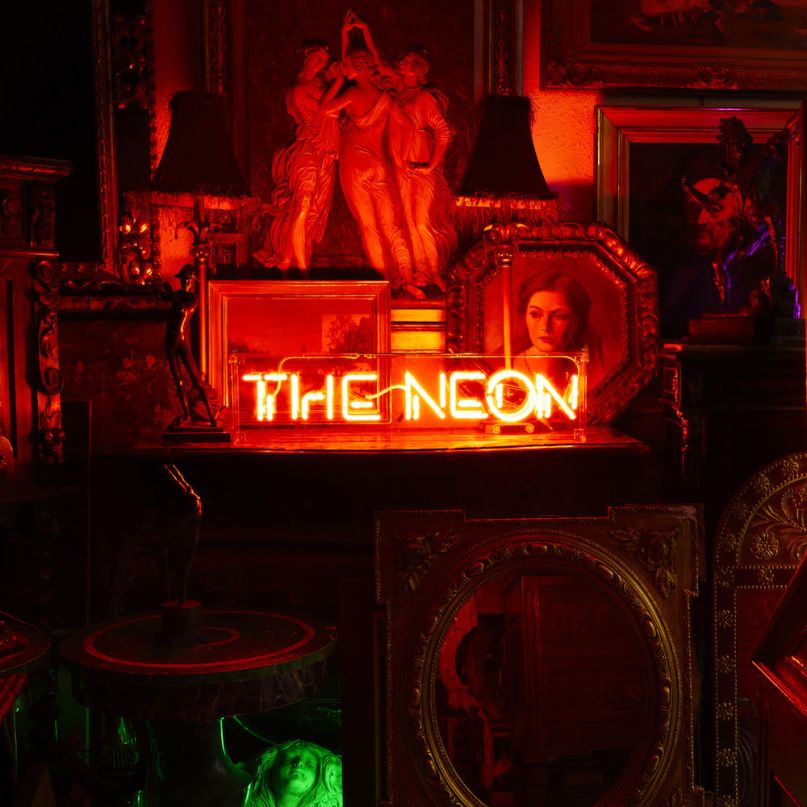 The Lowdown: While optimism might be in short supply right now, don’t tell that to Erasure’s Andy Bell. After releasing 2017’s downcast World Be Gone, which found the synthpop legends working through a mixed bag of ruminations in the wake of Brexit and the 2016 US Presidential election, Bell and longtime bandmate Vince Clarke retreated into solo projects in search of a creative recharge. Three years later, the pair return with their 18th studio album and a pronounced lightness that feels jarringly at odds with the trajectory of the world at large.

Judging by the sound of advance singles like “Hey Now (Think I Got a Feeling)” and “Nerves of Steel”, that newly rediscovered buoyancy comes straight from the days of Erasure’s Eurodance dominance, specifically the period between 1988 and 1994 when the band fired off four consecutive UK No. 1 albums. Recorded pre-pandemic, The Neon asks an end-of-summer question without an easy answer: Is the world in the mood for a throwback record that sometimes feels beamed in from an alternate universe where everything is still mostly okay?

The Good: In a recent interview with The Big Takeover, Bell had this to say about the title of the latest Erasure record: “I love the effect of an old stone wall with a neon sign on it. To me, that always looks like the clashing of antiquity and modern-day.” The same could also be said of the most memorable tracks on The Neon, which leverage the proven Erasure formula for bright, club-ready pop tunes that somehow manage to sound nostalgic and timely all at once. As mentioned above, the lead singles do much of the heavy lifting; opener “Hey Now (Think I Got a Feeling)” turns Bell’s empty-city wanderings and longing for human contact into a bubbling lockdown banger percolating with high-gloss synths, and “Nerves of Steel” struts forth with desire-filled confidence worthy of the catwalk on RuPaul’s Drag Race (whose memorable alumni also feature in the song’s music video).

While those tracks succeed on the strength of Bell’s agelessly expressive voice, others get by on the depth of Clarke’s equipment. Erasure placed pre-release emphasis on The Neon’s return to vintage analog synthesizers, so it’s a relief to hear those promises pay off; from the Teutonic zaps on “Shot a Satellite” to the croaking bass of “Diamond Lies”, Clarke teases together layers of fresh sounds from classic workhorses by Moog and Sequential Circuits. That said, some of the most affecting songs on The Neon are also the most subdued. Although they were written pre-pandemic, both piano ballad “New Horizons” and closing benediction “Kid You’re Not Alone” acknowledge the human need for reassurance, an act that elevates Bell’s stated optimism from unwarranted cheeriness to a requirement for hard times in the process.

The Bad: While the highs of The Neon serve as either balms or distractions from this, the bummerest of summers, the album’s lows simply feel out of step with reality. In shifting away from the storminess of World Be Gone, Bell offers up more than a few overcorrections that play to the worst of his lyrical tendencies; the platitude-stuffed “Fallen Angel” is the synth-pop equivalent of a Live, Laugh, Love poster, “Tower of Love” undercuts its own middling fable-making with repeated (and seemingly sincere) uses of the phrase “Don’t go there!”, and “No Point in Tripping” wastes a concise and catchy chorus on overfull verses that are heavy with words and light on memorable lines. Clarke doesn’t get off unscathed, either; for as welcome as his return to analog synthesizer is, the novelty of hearing those classic sounds masks the fact that few of The Neon’s tracks offer anything in the way of artistic risk-taking. Perhaps, 35 years into their partnership, we shouldn’t expect Erasure to break new ground. But if that’s the case, why listen to The Neon when The Innocents and Wild! already exist?

The Verdict: In a year where reasons to dance are in perilously short supply, a new Erasure record is an undeniable positive for the world. The Neon delivers mostly carefree synth-pop comfort food calibrated to appeal more to our feet and our hearts than our already overtaxed brains. The record is certain to thrill devotees and potentially catch the ear of an unsuspecting Release Radar listener or two; whether we’ll still need it once these current hard times end remains to be seen.

Essential Tracks: “Hey Now (Think I Got a Feeling)”, “Nerves of Steel”, and “Kid You’re Not Alone”