What starts with Christopher Nolan's Tenet may end with David Fincher's Mank... 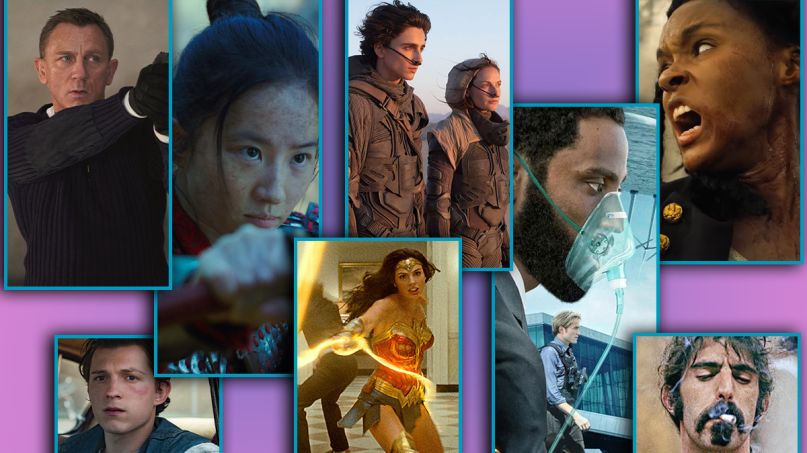 The Top 25 Most Anticipated Movies of Fall 2020

That was January, back when we were still looking ahead at 2020 with blind optimism and ill-fated excitement. Sigh, hindsight is 20/20 they say, right? Who knew. At the time, we had 50 exciting new titles we were anticipating, most of which have since been either postponed, dumped to VOD, or relegated to a limbo state.

It’s been an unnerving year for the film industry, to say the least. A year fraught with shutdowns, furloughs, layoffs, bankruptcies, and re-evaluations. All of that change has prompted a seismic shift in how everything’s run across the media landscape, and no one truly has a grip on things just yet. Odds are they won’t for quite some time.

Because of this, anticipating anything right now — let alone anything in pop culture — seems like a fool’s errand. Alas, Hollywood is still trying to salvage what it can, and here we are … a bunch of fools … trying to make the most sense out of it. And so, as we’ve done in pre-pandemic times, we’ve put together what’s left to anticipate.

All things considered, it’s not too shabby. Christopher Nolan’s Tenet will see the light of day, Netflix has a number of Oscar candidates heading to your living room, and there’s plenty of tricks and treats for spooky season. What’s more, if things stay the course, we might actually see the return of Bond and Wonder Woman.

It’s a mess, admittedly, and a lot of these dates hinge on the expectation that audiences will return to theaters, which isn’t ideal in the slightest. But, if there’s a silver lining to this list, it’s the notion that pop culture does endure. More importantly, it’s the comfort in knowing that there are still new escapes to be had in 2020 — and we’ll need ’em.

Having said that, here’s hoping most (if not all) opt for the safety of Video On-Demand. And in the event you do wind up going to the theaters, maintain social distancing at all costs, be mindful of others, and for Christ’s sake, wear a goddamn mask.