Also featuring Bob Dylan, Beyoncé, Drake, The Chicks, and the list goes on 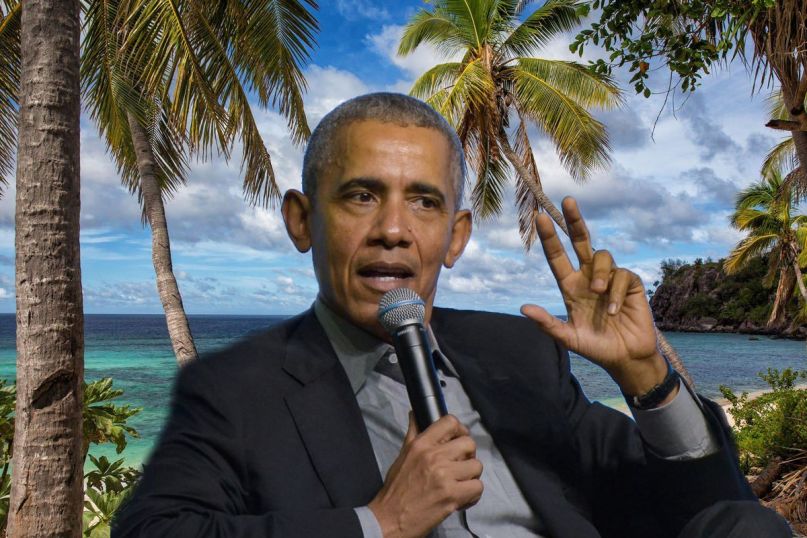 Former president Barack Obama has shared his 2020 summer playlist. Similar to his past playlists, it’s a hodgepodge of modern hits and all-time classics, though this year he’s spotlighting a number of artists on the campaign trail.

“Over the past few months, I’ve spent a lot of time listening to music with my family,” he announced on Twitter with an accompanying screenshot of his 53 selections. “I wanted to share some of my favorites from the summer — including songs from some of the artists at this week’s @DemConvention.”

In good faith, he starred those heading to the Convention, specifically Leon Bridges (“Texas Sun”), Common (“Forever Begins”), John Legend (“Don’t Walk Away”), The Chicks (“Gaslighter”), Billie Eilish (“My Future”), Maggie Rogers (“Love You for a Long Time”), Billy Porter (“For What It’s Worth”), and Jennifer Hudson (“Feeling Good”).

From there, he flooded the list with a number of topical hits (Megan Thee Stallion and Beyoncé’s “Savage” (Remix), Childish Gambino’s “12.38”, and Khalid and Disclosure’s “Know Your Worth (Remix)”) and all-time greats (Otis Redding’s “These Arms of Mine”, Bob Dylan’s “Goodbye Jimmy Reed”, and Outkast’s “Liberation”).

It’s yet another example of how hip and cultured Obama is compared to the sociopathic nightmare that continues to treat this country like a drugstore pool toy. Here’s hoping this is a bold reminder to do whatever you can to vote come November.

Below, you can stream Obama’s full playlist yourself.

Over the past few months, I’ve spent a lot of time listening to music with my family. I wanted to share some of my favorites from the summer—including songs from some of the artists at this week’s @DemConvention. Hope you enjoy it. pic.twitter.com/2ZFwdN46jR