Baroness to Perform Gold & Grey in Its Entirety for Upcoming Livestream 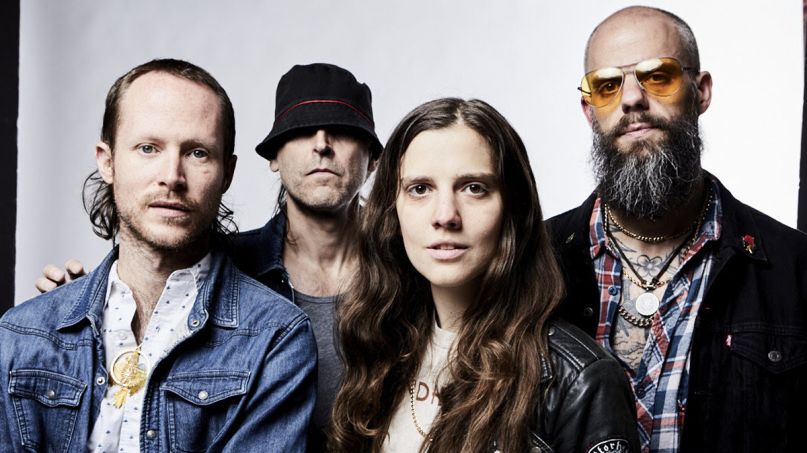 Baroness have announced a full performance of their 2019 album Gold & Grey for an upcoming livestream event. The band will stream its set on September 10th at 8 p.m. ET from the Culture Lab LIC at The Plaxall Gallery in Long Island City, New York.

Although Baroness have played many tracks from the album live, both in full band and acoustic form, this is the first time they’ll reconstruct the entire album for a front-to-back performance. Tickets for the livestream are $14.99 and includes a 48-hour replay of the event through the weekend up until midnight on Sunday, September 13th. Limited-edition merch commemorating the event will be available to ticket holders.

“The process of recreating the soundscape of Gold & Grey for a live setting has been fun and inspiring to us as we forward to new musical territories,” guitarist Gina Gleason said in a press release. “We’re excited to share this experience with everyone!”

It marks Baroness’ first full live performance of 2020, following a rigorous touring cycle surrounding the release of Gold & Grey, of which Heavy Consequence caught a co-headlining slot with Deafheaven and an intimate album release show. The new songs sounded particularly strong at those concerts. Early on in the pandemic, the band shared a socially distant version of “Tourniquet”.

Meanwhile, Gleason has stayed busy during the pandemic after forming a new band, Darling, with Windhand singer Dorthia Cottrell and guitarist Leanne Martz. The trio debuted their first single, “Baptists”, back in July. Gleason also appeared on Two Minutes to Late Night‘s “Bedroom Covers” series, performing Danzig’s “Snakes of Christ” in her kitchen.

Purchase tickets to the “Gold & Grey Live” streaming concert via Baroness’ website, and pick up the Gold & Grey album here.