Ben Affleck to Return as Batman for The Flash Movie 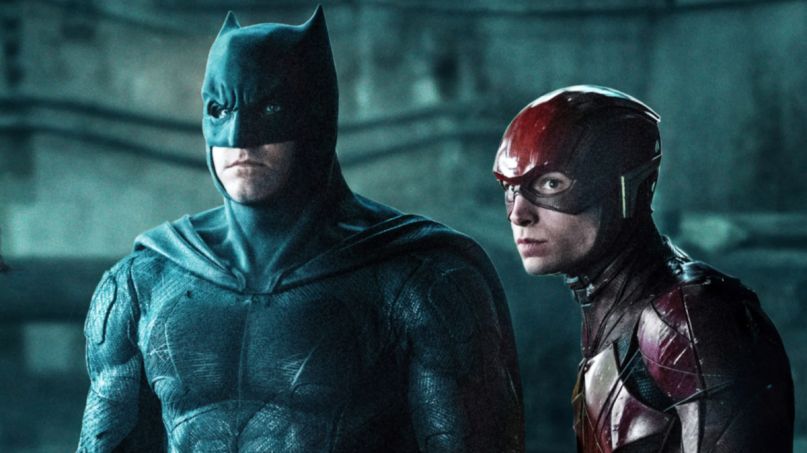 Looks like Ben Affleck will be dusting off the ol’ cape and cowl one more time, as the actor’s return as Batman in the upcoming Flash movie has been confirmed.

Director Andy Muschietti revealed the news in an interview with Vanity Fair. The filmmaker also confirmed reports that Michael Keaton will reprise his role as Batman from the ’90s-era Tim Burton films for what’s expected to be a “substantial” part. Based on the popular comic storyline Flashpoint, the movie will find Barry Allen (Ezra Miller) running through different realities, hence the multiple Dark Knights.

The announcement of Affleck’s involvement will likely shock many fans. After portraying Bruce Wayne in Batman v Superman: Dawn of Justice, Suicide Squad (in a cameo part), and Justice League, Affleck was expected to write, direct, and star in a solo Batman movie. However, before JL even hit theaters (to disastrous reviews), he stepped down as director. *His replacement Matt Reeves eventually abandoned his script, as well.) Following a stint in rehab for alcoholism, Affleck formally hung up his Batman cape, leaving Robert Pattinson to step in for Reeve’s The Batman.

But as the multidimensional plot of The Flash began to develop, Muschietti realized the character need Batfleck’s presence. “He’s the baseline,” the director told Vanity Fair, explaining that Affleck’s take is “the original Batman” from Miller’s Flash’s perspective. “He’s part of that unaltered state before we jump into Barry’s adventure. There’s familiarity there.”

It also makes a lot of sense from a story perspective, as the characters’ relationship is “the emotional impact of the movie.” “They both lost their mothers to murder, and that’s one of the emotional vessels of the movie. That’s where the Affleck Batman kicks in,” explained Muschietti.

Indeed, the Flashpoint comic found (spoiler for a nine-year old story that’s likely going to change somewhat on the way to the silver screen) the Flash traveling back in time to undo his mother’s murder. This kicked off a whole new reality, one with very different versions of the heroes and villains of the DC universe.

In movies and television, the world of DC has only gotten more complex as DC and Warner Bros. have explored what they call the DC Extended Universe. This multiverse approach is how you can see characters like Batwoman on a CW show, but have her be unrelated to any Batman portrayed by Pattinson, Affleck, or Keaton. In fact, the CW shows (Arrow, Black Lightning, Supergirl, and TV’s The Flash — collectively known as the Arrowverse) has already explored cross-dimensional stories in its recent Crisis on Infinite Earths crossover. Miller’s Flash even popped in for a cameo to meet the TV Flash played by Grant Gustin.

(By contrast, the Marvel Cinematic Universe built a single continuity before introducing the idea of a multiverse in things like Ant-Man and the Wasp and Avengers: Endgame… and the upcoming Doctor Strange and the Multiverse of Madness. DC, on the other hand, launched a bunch of disparate projects and is only now bringing them together via a multiverse approach.)

As for Affleck being ready to return a role he notoriously had “a very hard time playing,” produced Barbara Muschietti said the actor is “now in a very different time in his life.” She said while it was “a surprise” that Affleck was “very open to” returning, “Right now he’s in a place where he can actually enjoy being Batman. It’s a pivotal role, but at the same time it’s a fun part.”

With Reeves’ The Batman hoping to launch a new trilogy of its own, it seems unlikely they’d want to muddle the story by putting Pattinson’s Batman in The Flash — but who knows? The Vanity Fair piece hints that “a few more alternate-dimension heroes” appearing in Flash will be familiar to fans, and there’s also rumors that Henry Cavill’s Superman could be back in the DCEU. We’ll see who else the Scarlet Speedster runs into when The Flash races into cinemas in the summer of 2022.