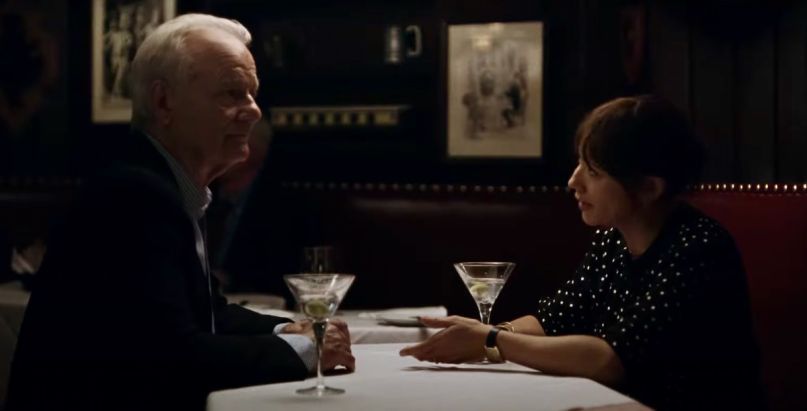 Bill Murray and Rashida Jones in On the Rocks trailer

A24 has released the first trailer for Sofia Coppola’s new film On the Rocks. It stars Bill Murray and Rashida Jones, and will be available on Apple TV+ and in select theaters in October. Update: The trailer also features a new song from French indie-pop outfit Phoenix.

Fans of both Murray and Coppola will be happy to hear the other collaborator’s name; both artists did arguably their finest work on the woozy 2003 masterpiece Lost in Translation. But as the trailer makes clear, this story is squarely centered on Laura, the middle-aged writer played by Jones. Feeling “in a rut,” as she says, she begins to wonder if her husband (Marlon Wayans) is having an affair. She enlists the help of her playboy father (Murray), whose own philandering past makes him something of an expert on cheating.

Coppola, who is the daughter of The Godfather director Francis Ford Coppola, told EW that Murray’s character was inspired by “moments with my dad and the men of his generation.” She said,

It’s probably no coincidence that she turned to Rashida Jones, whose own father Quincy Jones is a larger-than-life music producer. The younger Coppola and Jones have been friends for years, ever since Jones workshopped the role in Lost in Translation that would eventually go to Scarlett Johansson. Jones told EW that, “Sofia and I have had a lot of parallel emotional milestones and On the Rocks represents that, too.” Check out the trailer below.

On the Rocks will arrive on a to-be-determined date in October, as part of A24’s deal with Apple. More recently, the Oscar-winning entertainment company inked a deal with the Safdie brothers and HBO.

This will be Coppola’s first film since 2017’s The Beguiled. Murray recently teamed up with his old pal Wes Anderson for The French Dispatch, and will also appear in Ghostbusters: Afterlife next year. He also recently participated in a John Prine tribute and a Ghostbusters reunion on YouTube.  As for Jones, she currently stars in Netflix’s BlackAF, which was recently renewed for a second season, and earlier this summer she joined in the Park and Recreation reunion special.