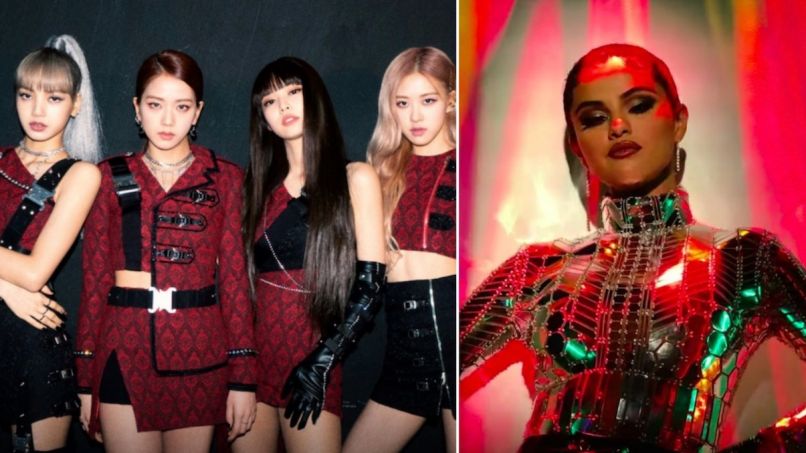 Last month, BLACKPINK formally announced their debut studio album, due out later this fall. The K-pop megastars have now revealed they have a new single coming out August 28th, and it features a very special guest: Selena Gomez.

Gomez confirmed the exciting news on Tuesday evening, uploading a colorful poster for the track over on Twitter. The image features both acts’ names plastered over black dripping paint.

The forthcoming song marks the first collaboration between the South Korean group and pop singer Gomez. It marks the second preview of Blackpink: The Album following “How You Like That”, a bonafide banger that brought in more than 80 million views in just the first 24 hours.

Blackpink’s The Album is slated for arrival on October 2nd via YG Entertainment/Interscope. The highly anticipated record comes a little over a year after BLACKPINK’s Kill This Love EP, a stellar effort that included one of our favorite songs of 2019. In the time since then, the four-piece of Jisoo, Jennie, Rosé, and Lisa teamed up with Lady Gaga on Chromatica treat “Sour Candy”.

As for Gomez, the pop star put out a deluxe edition of Rare this past April.