The Boss praised LDR during his most recent SiriusXM broadcast 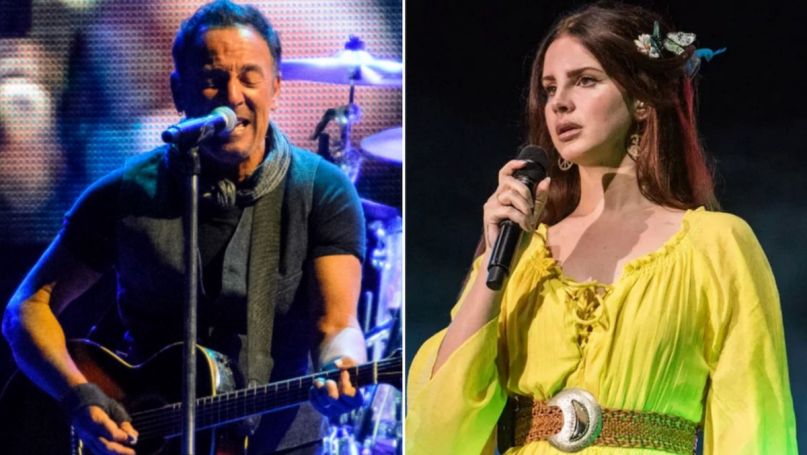 Bruce Springsteen has had Lana Del Rey all over his playlists for years now, but his fandom has just reached new heights. In a recent broadcast on SiriusXM, The Boss called the Norman Fucking Rockwell! mastermind “one of the best songwriters in the country.”

Springsteen’s comments came during the latest episode of his ongoing From His Home to Yours SiriusXM series, as Stereogum points out. During the radio show, he played Del Rey’s own 2012 song “American”, which notably name-drops Springsteen. “Springsteen is the king, don’t you think/ I was like, hell yeah that guy can sing,” the track’s lyrics read.

“She’s, uh, name checking some guy from New Jersey in there. I’m not sure who,” The Boss joked while on the air. “She is from New York, and was raised in Lake Placid. Lake Placid, a fabulous little American town where I have spent many a lovely summer evening with my children and my family over the years.”

“And Lana is simply one of the best songwriters in the country, as we speak,” Springsteen praised matter-of-factly. “She just creates a world of her own and invites you in. So a big favorite of mine, the lovely Lana Del Rey.”

It certainly appears to be The Summer of LDR for Springsteen, as he previously spotlighted Born to Die song “Video Games” on his radio program. “I am a Lana Del Rey fan,” he said during that July broadcast. “This is a singer and song that reminds me of the hot, humid, and sultry summer nights and the girls that went with them.”

Let’s hope this mutual fandom will eventually lead to a proper collaboration between Springsteen and Del Rey. Or maybe a mash-up of some kind? Born (to Die) in the USA could make for a (sadly) apt political anthem given our horrific state of affairs.

Springsteen recently guested on “AUATC”, a new song from Bon Iver. As the presidential election draws near, he’s also used his platform to put Donald Trump on blast and pay tribute to George Floyd.

Del Rey, too, has been actively using social media during this quarantine — however, it hasn’t always gone as planned. Last month she released her poetry audiobook Violet Bent Backwards Over the Grass.