The K-pop kings have also shared a new Hyundai jingle called "Ioniq: I'm On It" 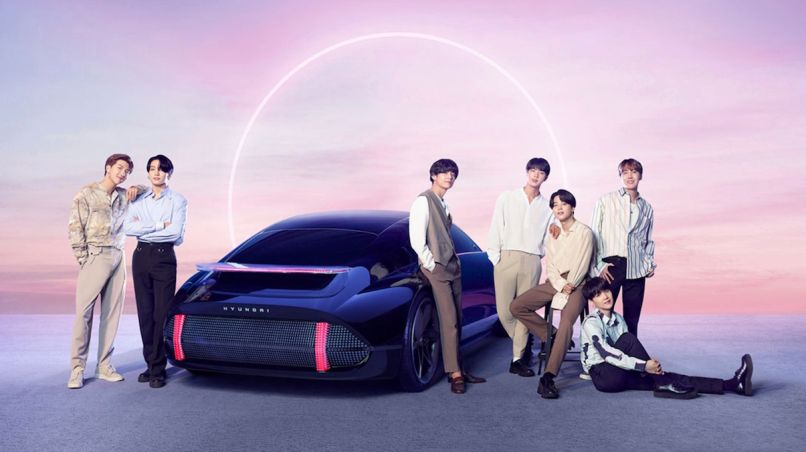 Less than 24 hours after taking the MTV VMAs stage for the very first time, BTS have officially entered the K-pop music history books.

Their explosive new “Dynamite” single has just topped the Billboard Hot 100 rankings, making BTS the first all-South Korean group to ever accomplish such a feat. The joyful and jubilant English-language track is also BTS’s first song to snag the Hot 100’s No. 1 spot.

If that’s not enough excitement for the BTS ARMY, the beloved outfit has also shared “Ioniq: I’m On It”, a new jingle for Hyundai to help promote its new line of Ioniq electric and hybrid cars. Much like those vehicles, BTS’s tune is fun and sleek. Update: Watch the official music video for “I’m On It” below.

They become the first all-South Korean group to hit No. 1 in the history of the chart.

In an interview with Billboard, group members V and Jamin said their favorite “Ioniq” lyrics were “What I want is simple/ Riding together rather than far/ Show you the way. Suga disagreed, noting his choice line was “Don’t drive me hard But drive me forward (cheer up).”

Both “Dynamite” and “Ioniq” follow the seven-piece outfit’s Japanese album Map of the Soul : 7 ~ The Journey ~, a companion effort to the stellar Map of the Soul: 7. Fans will have lots more BTS to enjoy in the coming months, including a new concert film titled Break the Silence on September 24th. The K-pop superstars are also expected to drop another new album sometime before the end of 2020.