The first collaboration between the two rap superstars 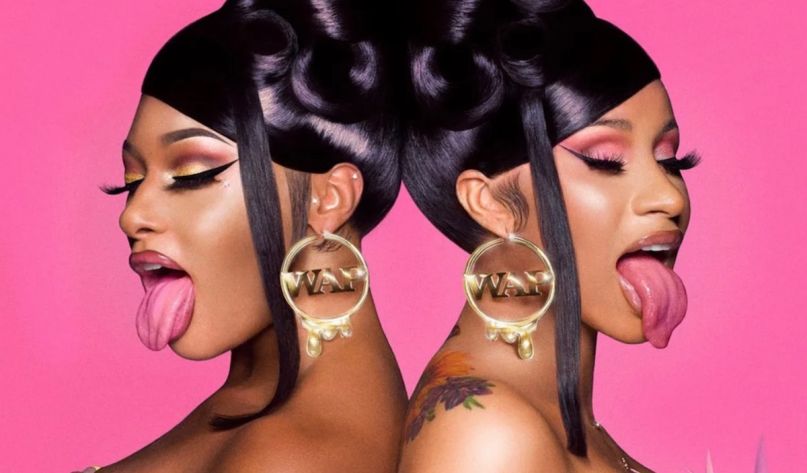 Cardi B and Megan Thee Stallion have teamed up for a new singe called “WAP”. Watch the song’s accompanying music video — which features cameos from Kylie Jenner, Normani, Rosalía, and more — below.

Technically, “WAP” is credited to Cardi B with Hot Girl Meg just lending a feature, but in execution it feels like an even collaboration between the rap superstars. The banger comes paired with a truly iconic single artwork (up above) that sees the two back to back, hair intertwined, and sporting matching “WAP” hoop earrings. Its vinyl cover art, too, is quite a sight to behold. We honestly couldn’t have asked for a better set of visuals.

“WAP” is Cardi’s first proper single since “Press”, which was released way back in June 2019. The Invasion of Privacy rapper had teased new music back in March, but she ended up delaying its release due to the coronavirus. It’s unclear whether this Meg collaboration is the postponed single in question, but either way we’re happy it’s here.

Megan Thee Stallion, on the other hand, has kept incredibly busy since dropping her 2019 smash mixtape Fever, which spawned the phrase “Hot Girl Summer”. Earlier this spring, she shared a new mini-album called Suga that included the song “Savage”. Later in April, Beyonce hopped on a remix of “Savage” that propelled them both to No. 1 on the Billboard 200 (and No. 8 in our Top 25 Songs of 2020 So Far list). Most recently, the rapper was hospitalized after sustaining what she claims was a gunshot to the foot during an incident involving Tory Lanez.