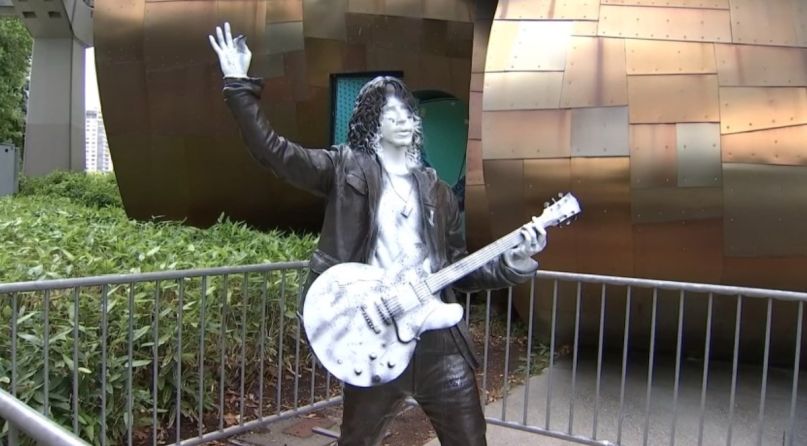 The bronze statue, which was commissioned by Cornell’s family following his death in 2017, currently stands outside the Museum of Pop Culture in Seattle. According to KIRO 7 News, on Thursday an unknown person vandalized the statue by covering it in white paint.

In a statement issued Friday, Chris Cornell’s widow, Vicky, said she and her children “are heartbroken to learn of the vandalization of Chris’s statue at the Museum of Pop Culture in Seattle. The statue is not only a work of art but a tribute to Chris, his incomparable musical legacy and everything that he stood for. It represents Chris, who is beloved not only in Seattle, but worldwide.”

“In the face of this hate and destruction, we are thankful once again to the fans who stood up to support him and showed such immense love,” Vicky added. “It lifted our hearts to hear that fans brought supplies and attempted to clean up the heartbreaking vandalism. The statue will be restored. Hate will not win.”

The statue is just one of the ways his family is preserving his legacy. His eldest daughter, Lily, recently launched a IGTV series dedicated to mental health issues. Meanwhile, his younger daughter, Toni, is pursuing a career in music and recently sang Pearl Jam’s “Black” as a tribute to her late father.